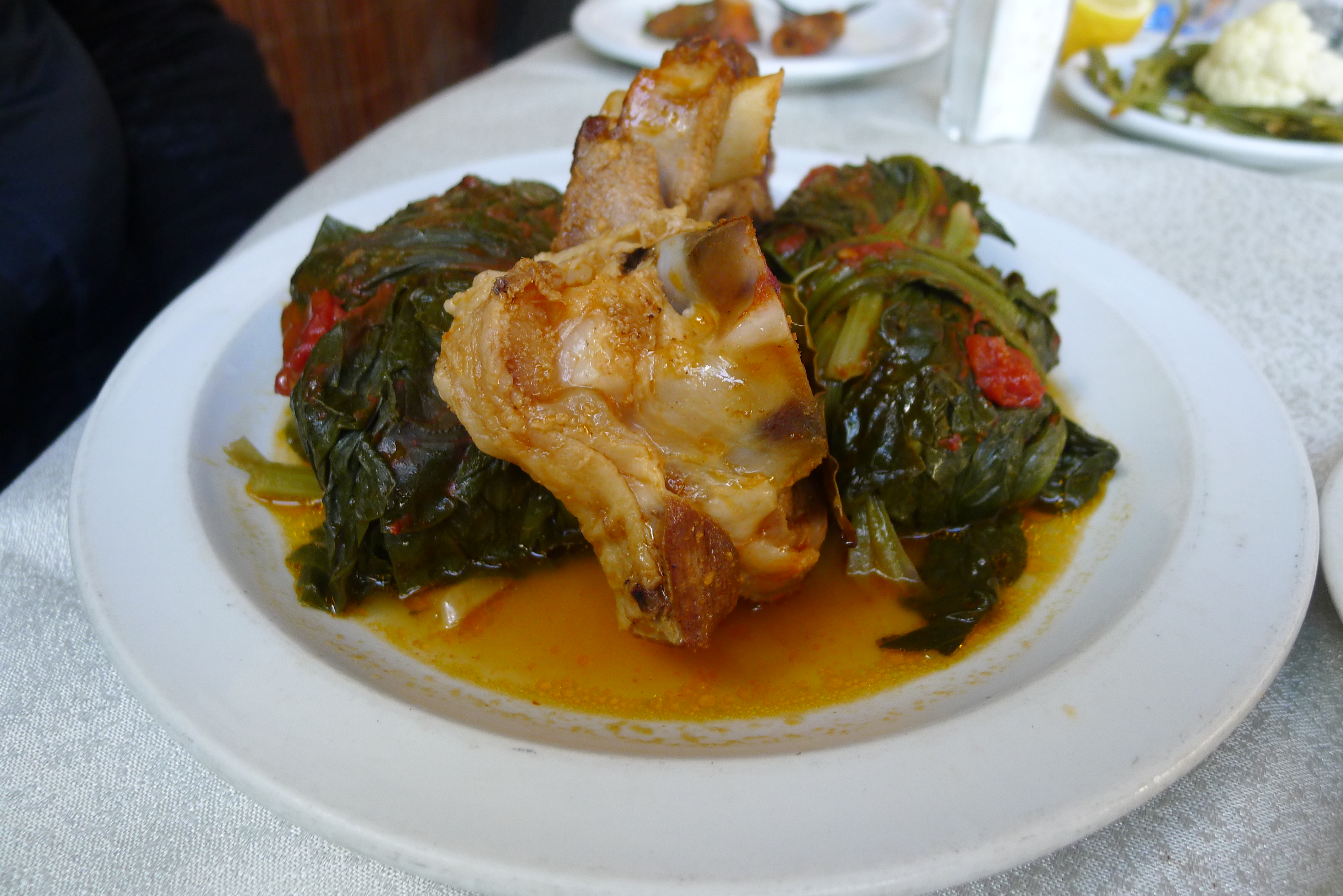 Digeni Akrita Ave 28E, 22343030, LEFKOSIA (NICOSIA)
Mon-Sat 12.00-16.00, 19.30-24.00
Food: [rating:3] 3/5
Service: [rating:2.5] 2.5/5
Ambiance: [rating:2.5] 2.5/5
One of the oldest traditional tavernas in the city that started as a much smaller space on an alley that looked like a driveway. It is now about 4 times bigger. You can spot anyone from local workers from Agios Antonios market taking their lunch break, to politicians and business men. For dinner it offers traditional “meze”and for lunch it works as a “magirio” as well offering food of the day. I have my doubts when I say this as I have only been twice (and everyone else says it is one of the best tavernas in the city), but after having tried a bit of everything I would recommend the “meze” rather than the “cooked food”, as my pork chop and Mr Proud Cypriot’s pork with spinach were rather disappointing.
The place itself is simple and humble as most of the traditional tavernas where people go for the food rather than the atmosphere.