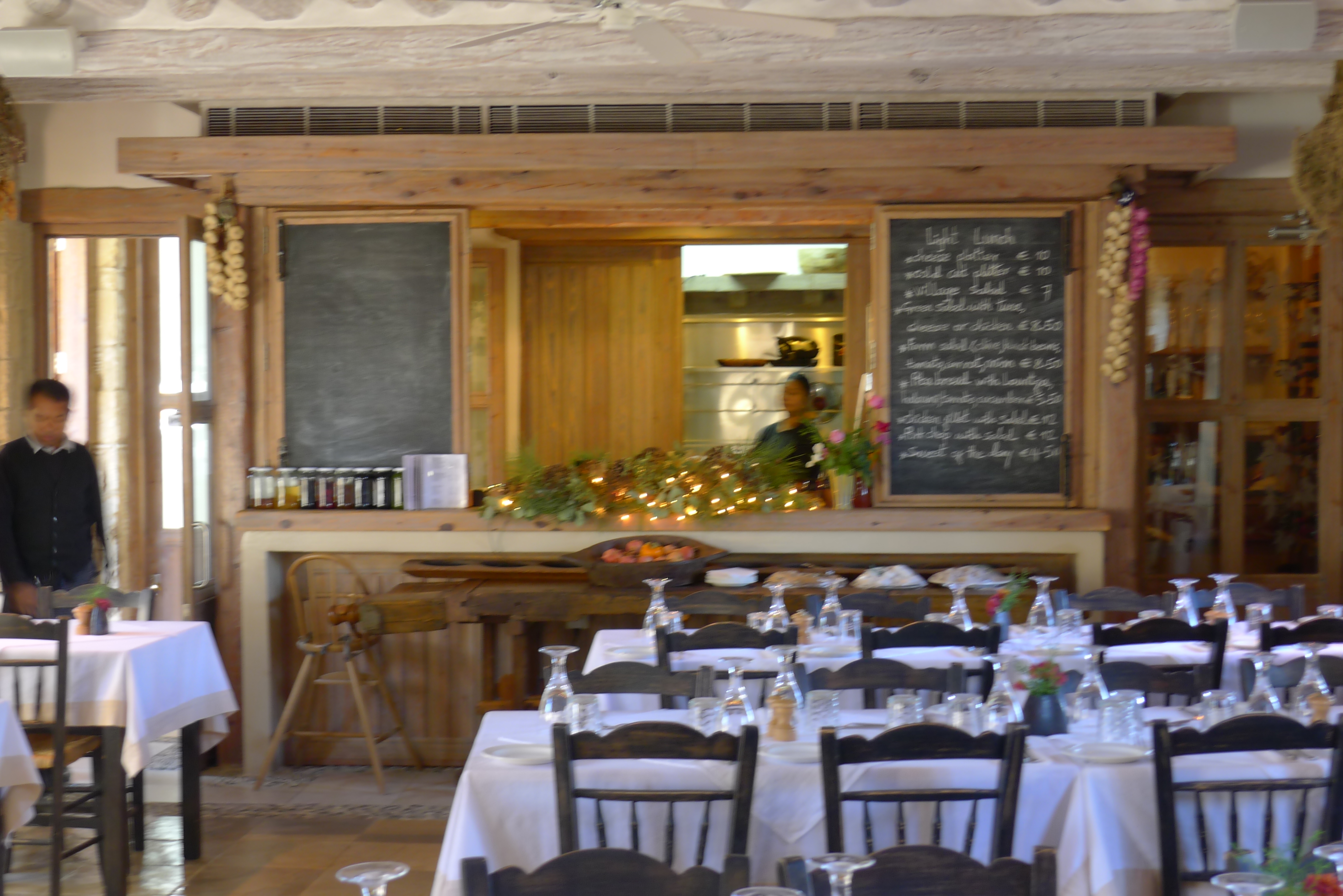 t small), for 4-6 people with its own garden and barbecue area.
This could be the best of Vakis projects as the rustic/wooden Thesis furniture fit so perfectly in the space, one would think they were made for it. The whole thing is more like a mini village with its own very cozy restaurant offering light lunches and meze dinners (with a modern twist but still included slow cooked lamp, home made “halvas” and “loukoumades” (fried dough balls with honey). The atmosphere is so friendly and cozy that one can feel like being in their own country house.
The Schoolmaster’s house that we stayed in was a three floor house with three very well sized double bedrooms (one of which had a shower and a Jacuzzi in it), a large kitchen with all the facilities and a massive living room with a fireplace leading to a private garden. Not only there was space for a barbecue, but we also used one of their pots for outdoor fireplace as well as their wood for a proper Argentinean barbecue!
The only problem of Apokryfo is that it doesn’t come cheap. A starting price for the Schoolmaster house was 750EUR, even though let us have it for 600EUR after a few cancellations and re-bookings which was awfully kind of them, which means it was 200EUR per couple per night without even offering toiletries. It is worth mentioning however that breakfast was included, and that the caretaker was more like a personal butler as he brought us whatever we asked for (that was 13 rounds of fireplace wood and a few other extras).