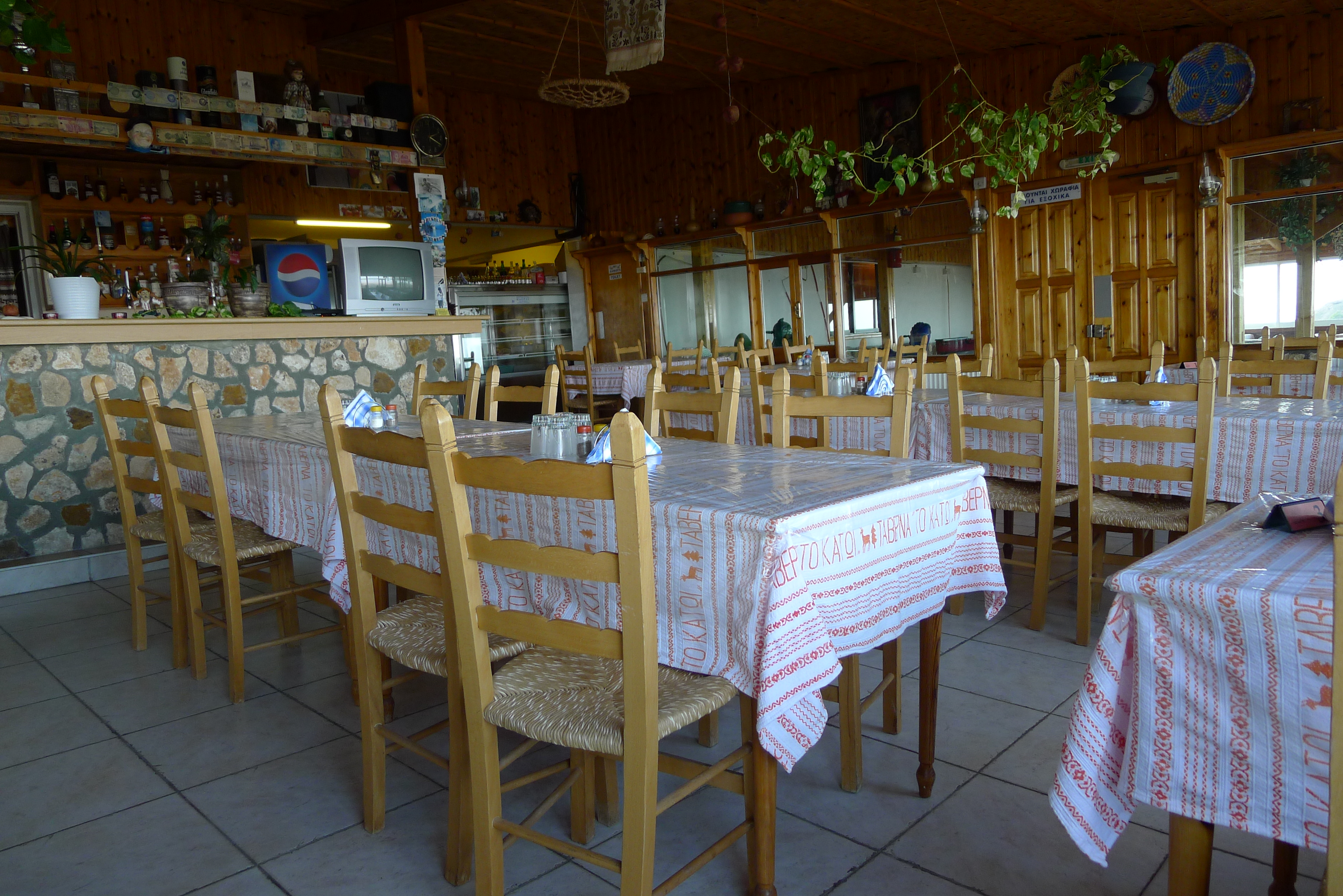 What does one think when one hears that a restaurant in Agia Marina Xyliatou serves any kind of game meat as well as kangaroo and wild boar? I personally thought it was a joke. Nevertheless, being open to new ideas I decided to try it for a random Sunday lunch.
Fortunately there were signs leading us there as it is a house in a hill in the middle of nowhere. Even though the restaurant is big there were only a couple of more people (who probably also wanted to see if they actually serve crocodile!), but we thought “who cares”, maybe others don’t know it yet, despite the fact that the décor reminded us of Cyprus in the 90s.
The menu was long, and indeed rich in terms of game meat. Apart from the standard Cypriot meze (village salad, eggs and asparagus, keftedes, sausages), it also had a selection of cooked game meat including hare, wild boar and kangaroo (!), which apparently the owner imports regularly from Netherlands. What was even more funny was when we asked the waiter (and owner) if the kangaroo was good he would say “NO”. We then asked if the wild boar was good, all we got again was “NO”.  It was only in the third question when he answered “If it’s on the menu it means it’s good!”. Trying to ignore that, we ordered a few standard dishes just to be safe, and a wild boar fillet to try.

In all fairness the food was not that bad, even though the whole experience of being in a random restaurant in the middle of nowhere in someone’s house almost by ourselves and eating wild boar and kangaroo over a bottle of Ais Ambelis, (it was either that or Othello), was a bit surreal. The wild boar with some kind of plum sauce was ok, while everything else, including the pasticcio, was more than ok.

All in all if one is really curious they should try it, but otherwise I would go for the standard Cyprus meze and be boring with the standard pork and chicken kebab.