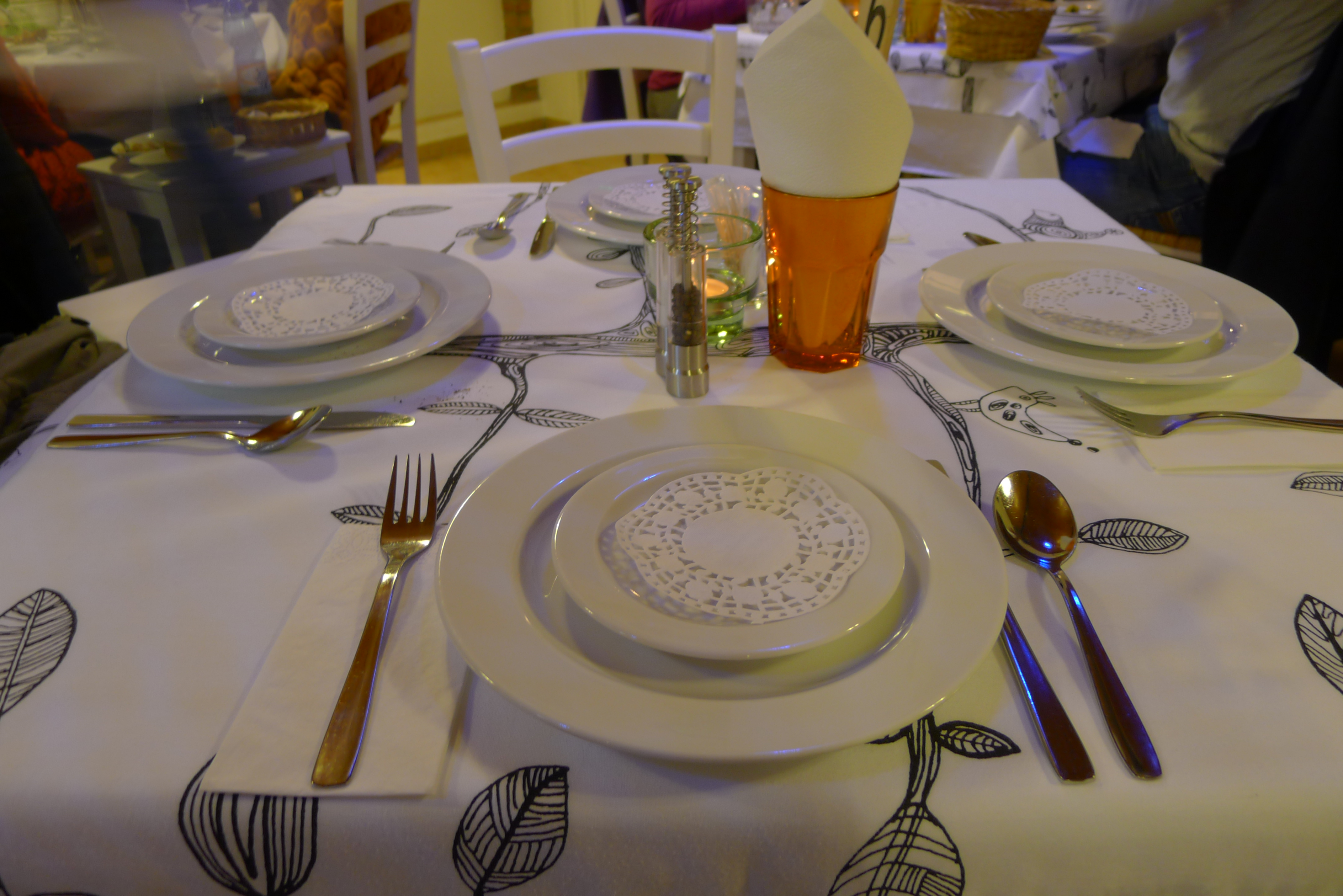 Makariou 110, Lakatamia, 22381822, LEFKOSIA (NICOSIA)
Mon-Sun 19:00-00:00
Food: [rating:3] 3/5
Service: [rating:3] 3/5
Ambiance: [rating:3] 3/5
Brand new taverna in Lakatamia area, quite modern but only décor-wise. The food is standard traditional “meze”, which one can tell only by entering through the door as the smell of home-made food is quite distinct. What surprised me though was that, given the food quality is quite high, and the ambiance more modern than the standard taverna, I expected the food to be a bit more creative, rather than the typical meze and at least the restaurant to have a wider selection of wine rather than 10 local ones.
The meze, (at 17.50 each), included seasonal veggies with eggs, “kritharaki”, “souvlakia”, very tasty lamb chops and the standard dips, with the only addition to the menu (and actually quite good one) being the “pompari”, apparently a Cypriot sausage with minced meat and rice and a vegetable soup to start, both tasty but not enough to give it an edge. For desse

rt we were offered charlotte crème and “kataifi” as well as a fruit platter.
To be fair, even though my expectations were different and was disappointed with the wine list, the food itself was quite tasty, fresh and better than a lot of traditional tavernas (and apparently others seem to think so as it was packed). I would probably return but not in the near future as the food was good, the atmosphere was pleasant but neither unique nor surprising.