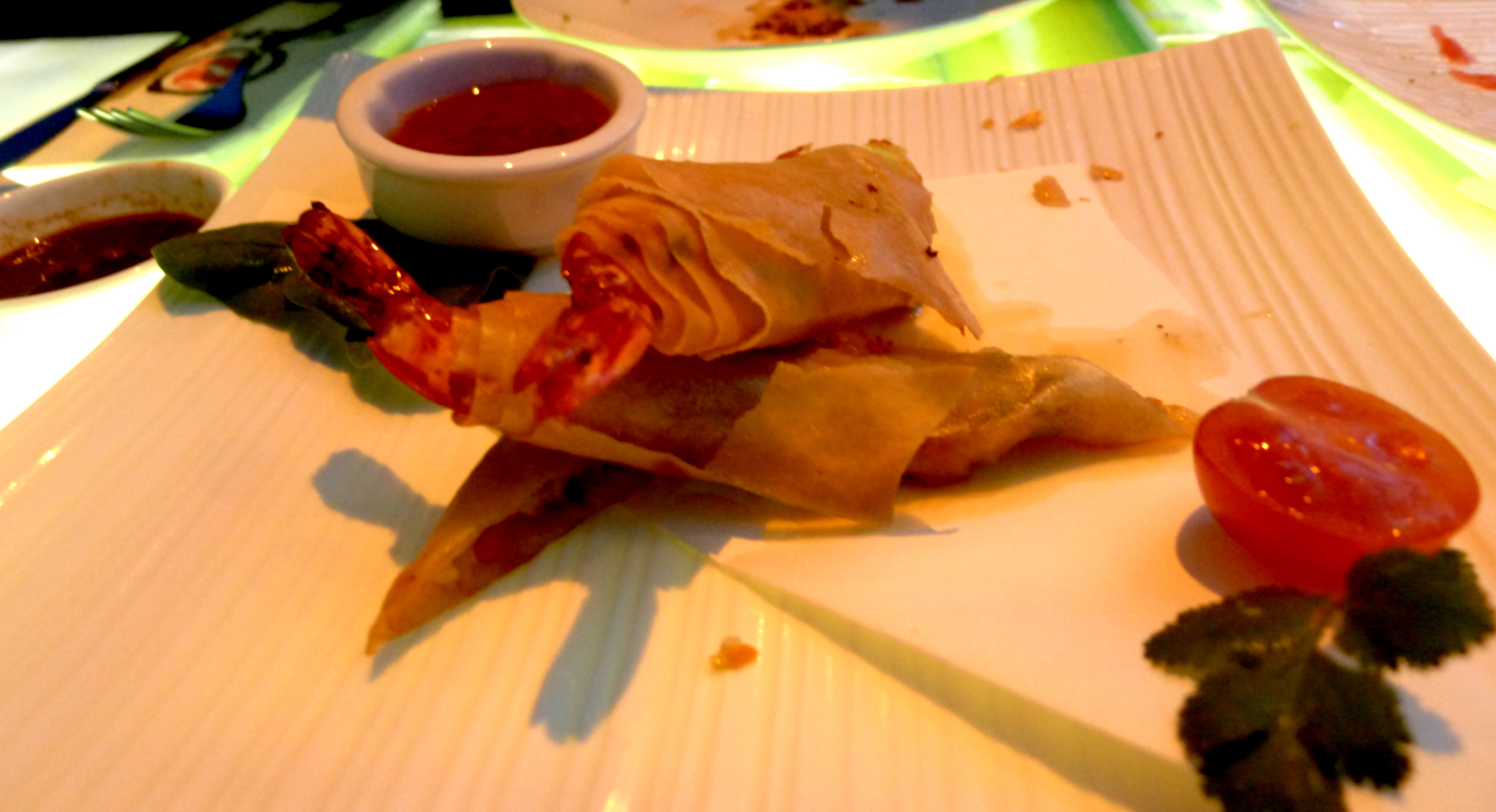 Eleftherias 52, 25377770, LEMESOS (LIMASSOL)
Mon-Sat 12:00-16:00, 19:00-00:00, Sun 19:00-00:00
Food: [rating:3] 3/5
Service: [rating:4] 4/5
Ambiance: [rating:3] 3/5
When I was told about this new Asian restaurant in an old house in the heart of Limassol they failed to tell me that, regardless of whether the food is good, there is definitely no place like this in Cyprus.
The whole menu and ordering process is on a screen on the table, with pictures for every dish and each cocktail. One can also monitor their meal being prepared live in the kitchen, and the technology, (even though the idea was taken from Inamo in London), is further developed by the owners themselves. One can even order a taxi using the screen (which we actually did by accident).
Apart from the whole ordering process, I was actually impressed by the food quality, also because I expected them to have given more emphasis on the technology than the cooking. The menu includes a pan-Asian selection including sushi, Chinese food and Thai creations. The spicy tuna and soft shell crab maki were very tasty and so as the prawns in filo pastry and the Peking duck. The fact that there are pictures of each dish definitely makes one over-order, even though the little table with the calorie, fat and carbohydrate count on the right keeps one in control! The wide selection of sake is also a big plus as

it is not so easy to find in Cyprus.
To be fair, high technology is a reason to try a restaurant but not to a reason to return as us Cypriots tend to give more emphasis on food quality, ambiance and crowd. Perhaps if it was a take-away or fast food place, or if it was in Ayia Napa it would attract more people out of curiosity but not in Limassol. The fact that the food is very good, the staff is extremely kind and the ambiance is very modern and pleasant with a fantastic garden are reasons for us to return (especially at 40€ each vs 70€ we usually pay at Zen Room).

I only write a second review if it is really diferent from the original one. Our second visit 6 months later was similar in the fact that: it was still empty, even though we went on a Saturday night, and the sushi was excellent, both in terms of creativity as well as the seafood quality. What was different was that: the Peking duck was average as the plum sauce was too thick and the duck had a funny smell. The prawn Chow main was merely ok as the sauce was too sweet, and finally our bill was higher at 50€ per person with a 10€ sake and one beer. I would happily go again for sushi, but the fact that it is empty doesn’t really help!

Tags: all, restaurant, €€€
Share:
Cypriot and Proud on wheels
Aigaio