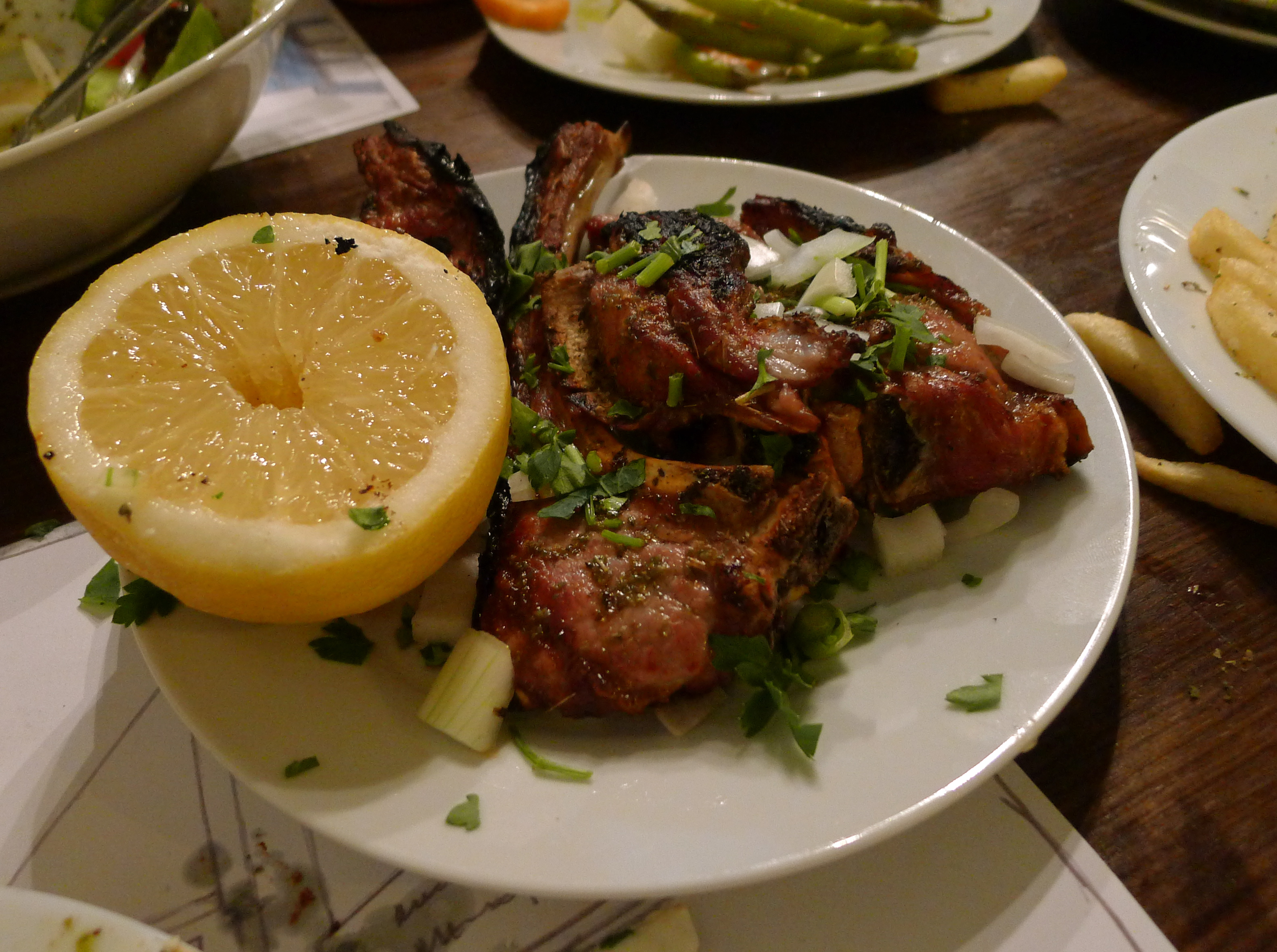 Archangelou Michael Ave 41E Strovolos (next to DIAS), 22358060, LEFKOSIA (NICOSIA)
Mon-Sun 7:00-11:00
Food: [rating:3.5] 3.5/5
Service: [rating:2.5] 2.5/5
Ambiance: [rating:2] 2/5
A tiny taverna in size but mega traditional in character in Strovolos area (Nicosia), specializing in meat “meze”. The entire menu is written on the wall in our local dialect, which makes the whole experience more entertaining, and gives light to rest of the décor, that in reality is nothing special.
We ordered the standard starters (salad and dips), as well as “souvlakia” which were quite tasty but nothing surprising, “sieftalia” which were fantastic with more meat than fat (and I am not even such a big fan), lamb chops, which were crispy and full of flavor and local sausage, which was fairly tasty… pretty much the entire menu! Despite the fact that we did not want dessert, or “apopasto” as they called it they brought a carob pie which we ate in seconds.
Things to note: it is tiny so reservations are recommended, extremely casual so don’t expect a fancy dinner, and finally, even though I heard there were massive delays and unfriendly staff we experienced neither. Fortunately they also do take away/delivery (depending on the area) and it is open on Sunday night (a massive addition as it is impossible to find “souvlakia” on a Sunday)
All in all we remained very satisfied, especially for less than 20€ each with a small wine carafe, a big thank you to the proudest Cypriots in Nicosia!