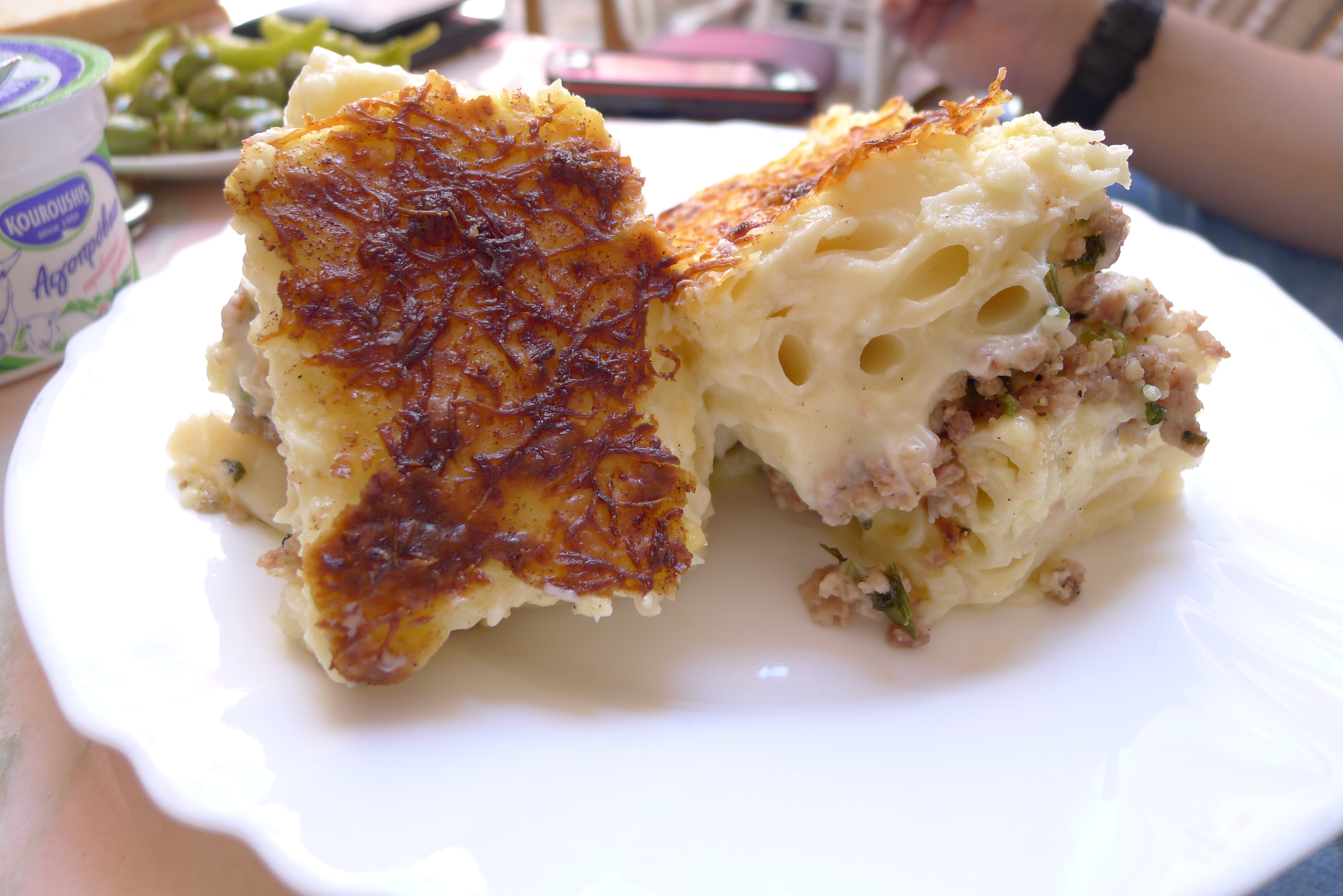 Klokkari arcade, 22665346, LEFKOSIA (NICOSIA)
Mon-Fri 12:00-15:00
Food: [rating:2.5] 2.5/5
Service: [rating:1.5] 1.5/5
Ambiance: [rating:2] 2/5
Even though trying out new “magiria” is usually no problem for Cypriot and Proud as we simply eat our home-made lunch elsewhere, in the case of Evroulla’s it wasn’t exactly the case.
Situated in Klokkari arcade connecting Onasagorou and Ledra street in Nicosia old city, it works as a “magirio” for lunch only serving pork and chicken kebab as well. Even though the prices are quite low and the location is fantastic we were quite disappointed with the food (and even more with the waiting time).
We went there at 13:00 and despite it being quite packed we found a table right at the end, in the café next door, with which apparently they share tables. A few minutes waiting time is acceptable, especially since we don’t expect a casual family restaurant of that type to have immaculate service and we mostly go for the food. 15 minutes waiting time to order, even though we called the waiter twice was quite long even for a “magirio”, but we decided to ignore it.
The dishes of the day, apart from pulses, included pasticcio, “gemista” (stuffed vegetables with minced meat), lamb and their usual pork and chicken kebab. We opted for pasticcio and “gemista”. 20 minutes later our drinks hadn’t come, but our salad and main courses had arrived. As salt and yoghurt are a pre-requisite for me, we asked politely if we could have some only to get a reply of “eh????” from the young waitress. Nevertheless we explained what we wanted only to get the yoghurt alone 10 minutes later. By that time I was quite agitated as my water and my friend’s coke had never arrived (even though we were almost finished with our lunch) and my salt and napkins were still missing. I decided to get up and get them myself so we could at least have our drinks after our lunch.
What was even worse is that, even if we completely ignore the rude service and accept the fact that they simply take ages, the most important thing, (ie the food) , did not compensate for it. The “gemista” that included “koupepia” (vine leaves stuffed with minced meat) as well, were quite tasteless, (hence the need for salt), and a bit watery. The pasticcio was admittedly not bad but that alone is not a reason for me to return.
A lot of people might argue that it is cheaper than other “magiria” (which it was very much the case as we paid 11€ each for two mains, a salad and two drinks), but does it really matter if the food is average? I would happily pay 2-3€ more and go to the all time classics (Vasiliki, Siantris, or even Pireos 17), or pay the same price and go to MairCo which has much better food and extremely good service.