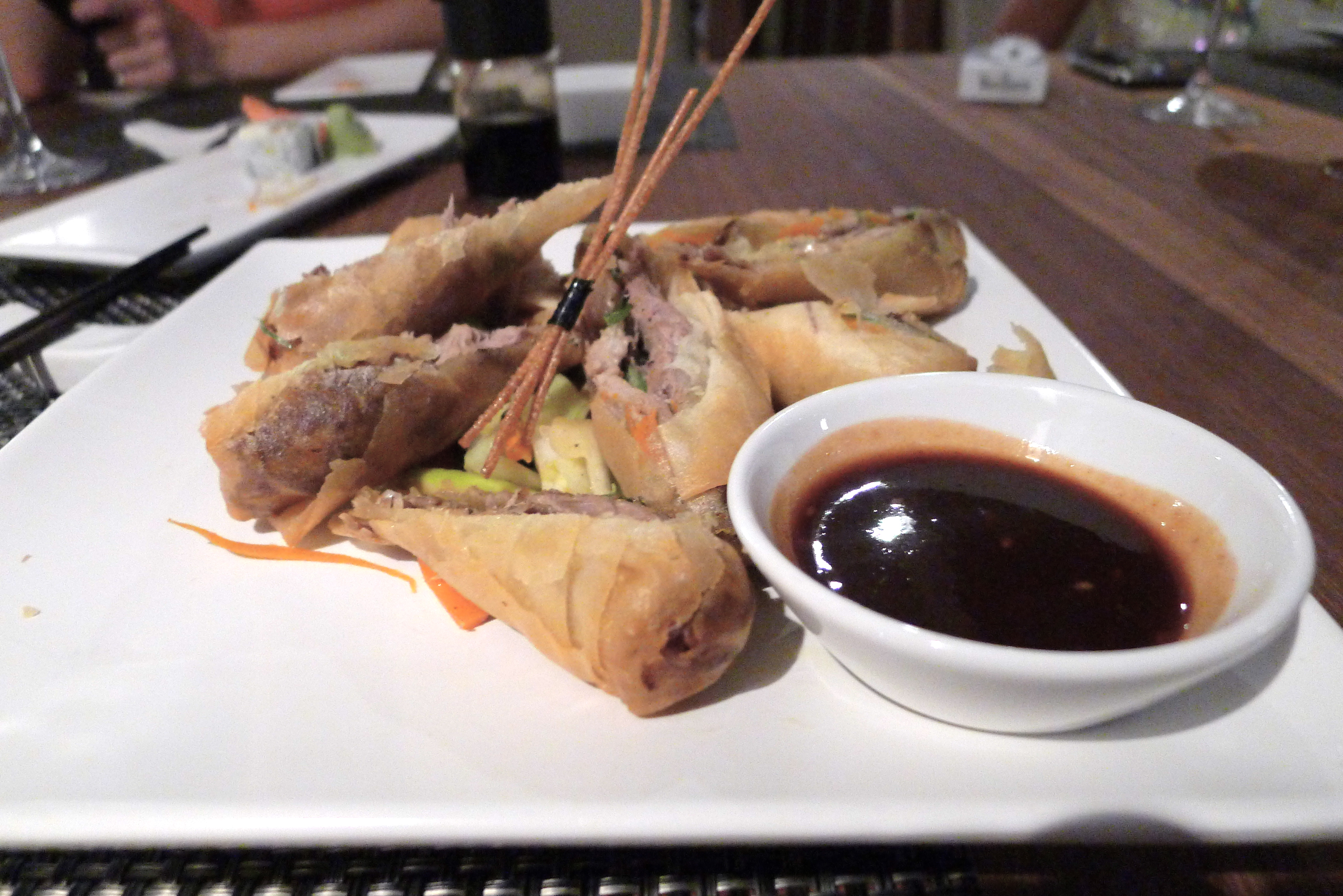 Grecian Park hotel, Konnou 81, 23844000, Protaras, FAMAGUSTA (AMMOCHOSTOS)
Mon-Sun 19:00-23:00
Food: [rating:4] 4/5
Service: [rating:3.5] 3.5/5
Ambiance: [rating:3.5] 3.5/5
I had never really tried Japanese food in Cyprus before last September mainly because, after living in London I was too snob to even give it a shot (and preferred to eat “kleftiko” instead). One of the realisations I made over the last year is that, yes there are a lot of overpriced restaurants and bad international cuisine, especially if restaurants try to be someone they are not, BUT there are a few that have indeed good quality food up to international standards. Umi in Grecian Park is one of them. What makes Umi extra special is its location, as it is right at the top floor of the famous hotel with a breath-taking view of Konnos bay.
The menu is Japanese including the usual suspects. The soup that came as a pre-started on the house, which looked like coffee but tasted like potato soup was surprisingly good, even in the heat of the month of July. The sushi was up to standards with very good soft shell crab roll and excellent salmon sashimi. What also drew my attention was the steak, which was full of flavour and extra tender, and the black cod, which was extremely good and the duck rolls, which were very tasty. The only dish I wasn’t particularly impressed with, (unlike the rest of the group), were the chicken udon noodles that I thought were overcooked.
Apart from the food what I also liked was the fact that everything came slow enough to be able to enjoy each dish equally, and feel hungry enough for the next one. That doesn’t mean of course, that we weren’t full, even though perfectly satisfied.
The only drawback of the whole concept of Umi could be that, when in Protaras, one could prefer eating at a casual fish tavern or a village taverna nearby. Having been to Umi however, I realised that it is as relaxed as one wants it to be and not as uptight as I thought, which makes it easier to substitute a casual taverna with this type of restaurant. The prices were not surprising as an expensive dinner is expected from a Japanese restaurant in a hotel with such a view.