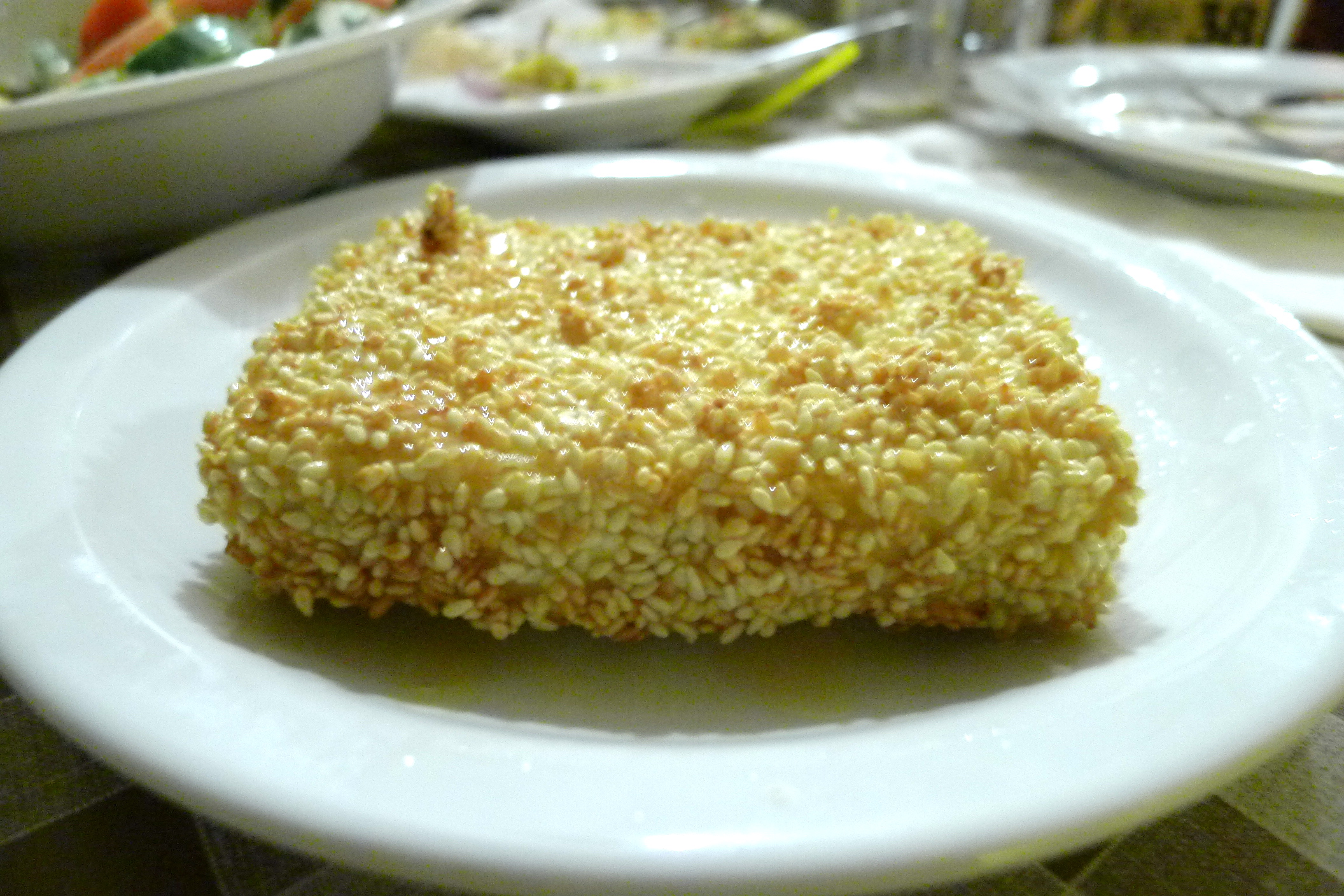 I have a confession to make. I knew about “San stou Psirri” since the beginning of the summer, but since I had heard it was nothing special I chose to go to places I knew for sure were worth it. Food-wise I believe I was proven wrong since we enjoyed our Greek-style meal, despite the restaurant being amazingly packed.
Space-wise it is nothing special, and of a typical size for a christening or a wedding party (in-fact there was a christening party going on the night I was there). The fact that the entire restaurant is outside in a garden however, makes the whole ambiance acceptable. Even though it was quite busy we were taken to our table immediately and the waiter came quite quickly. The a-la-carte option was possible but we were advised to order the Greek “meze” as anything else would probably take double the time. We were also told that four “meze” orders would be enough for five people as the food is a lot!
The first thing to arrive was the salad, where, despite the emphasis the waiter gave to the fact that the restaurant is Greek and not Cypriot, the salad was neither of the two. The lettuce with cucumber, tomato and fetta cheese was more like international but since the taste was good we ignored it.
The selection of dips, including aubergine salad and “tirokafteri” were quite tasty, and so were the fried zucchini balls, which were surprisingly hot and had probably just been served right from the frying pan! What I particularly liked about the dishes that followed was that whereas the selection was indeed different to what you would be served at a standard Cypriot tavern (an advantage to my mind), the character of the food retained a Greek touch without being too creative (which usually destroys the dishes- in Cyprus at least). The highlight for me was the cheese with sesame, which was fantastic, the pork in wine and tomato sauce which was extremely tender and full of flavour, and the “kotsi” that came at the end that tasted like “kleftiko” and was truly very good. What I didn’t like was the dessert (halvas and “siamali”) but the fact that it came on the house was quite generous of them and makes it hard for one to complain.
Even though the service was not extraordinary, it was quite ok looking at the size of the restaurant, and so was the quality of the food. For 20€ each, we had very good food as well as something new, away from the standard Cypriot “meze” selection.