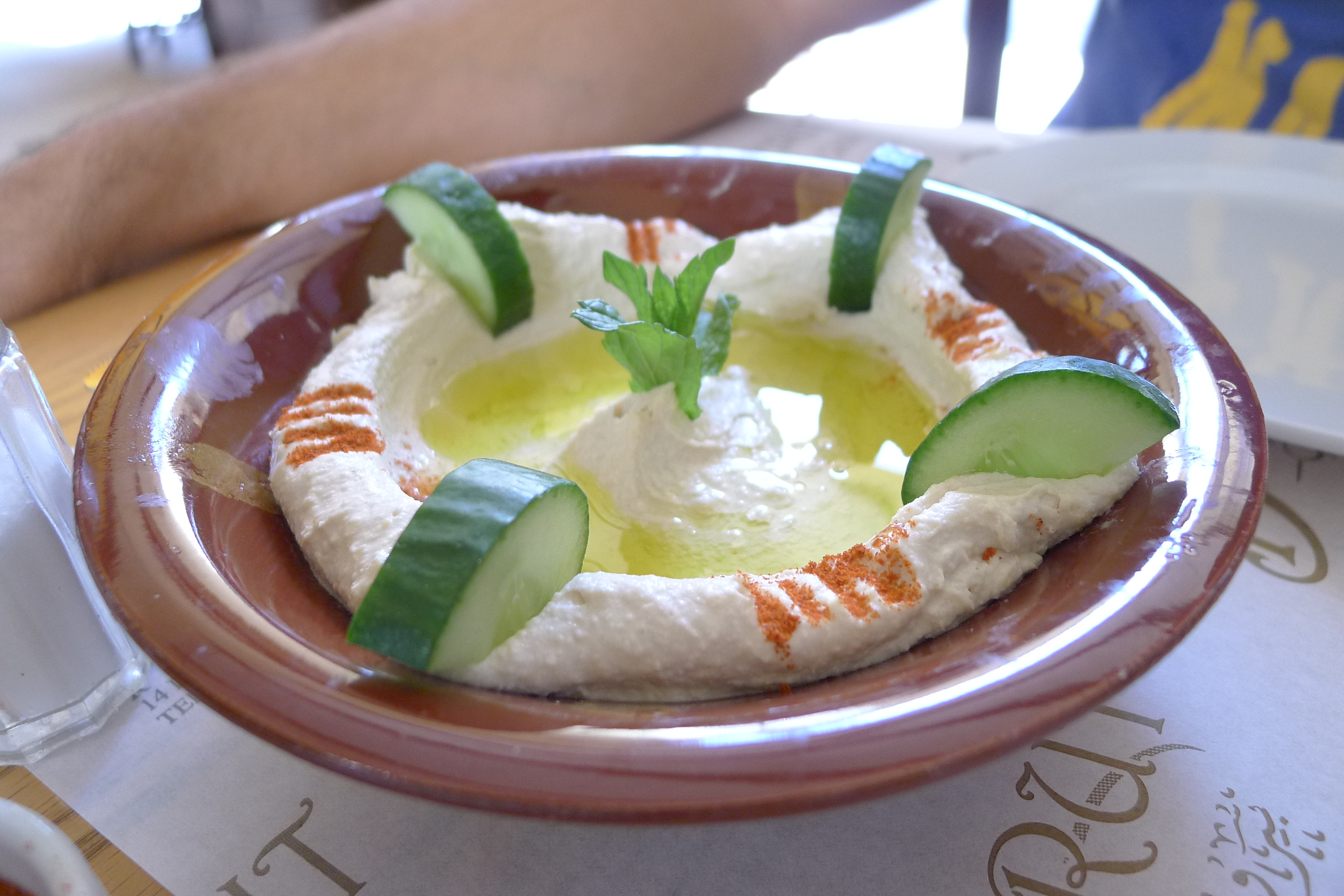 Lykourgos st 14, 22676764, LEFKOSIA (NICOSIA)
Mon-Sun 12:00-23:00
Food: [rating:2] 2/5
Service: [rating:3] 3/5
Ambiance: [rating:2.5] 2.5/5
When I heard the brand new venture from Habana group, Golden Beirut, was open for lunch I was happy, mainly because I found a new lunch place in central Nicosia. I like Lebanese food once in a while, mostly because I consider it very close to Cypriot food with a tinge of different spices which is a nice change every now and again . Unfortunate ly the most Lebanese aspect of the restaurant was probably the waiter and the music.
The place itself is in an alley off Ledras street in the old city of Nicosia. In the area inside there is only a small counter and a bar to eat, while outside there are a few tables. I thought the loud Arabic music was a bit too much (especially since MAD TV and CNN channels were playing on the large TV screens), but I decided to ignore it as it was a really casual and relaxed restaurant.
Even though the menu looks inviting at very reasonable prices (with delivery as well) including everything one would want from a Lebanese restaurant the food was merely OK. My favourite dish was the lamb kebab (part of the mixed grill dish), which was good as the lamb cubes were tender and tasty, but the rest of our meal was very average. The chicken taouk was a bit dry and the potato chips were too soft and moist. The “arayes Beirut” (minced lamb with onion and spices in a pitta) was my least favourite as what we were served was very different to the picture shown in the menu. The minced meat was a bit raw and the pitta was overcooked (in my opinion). It was also  a much thinner piece than what I had expected it to be . To be fair, the fatoush salad and the humus that we shared as starters were quite good and unfortunately we were only two people so 2 starters and 3 main courses were all we could handle.

I would like to return as I like Lebanese food, especially at 4.00€-9.50€ per main course but my first visit made me much less enthusiastic about this restaurant. Nevertheless, as the number of Lebanese restaurants in Nicosia is small I probably will return, just to confirm my first impression was not wrong!