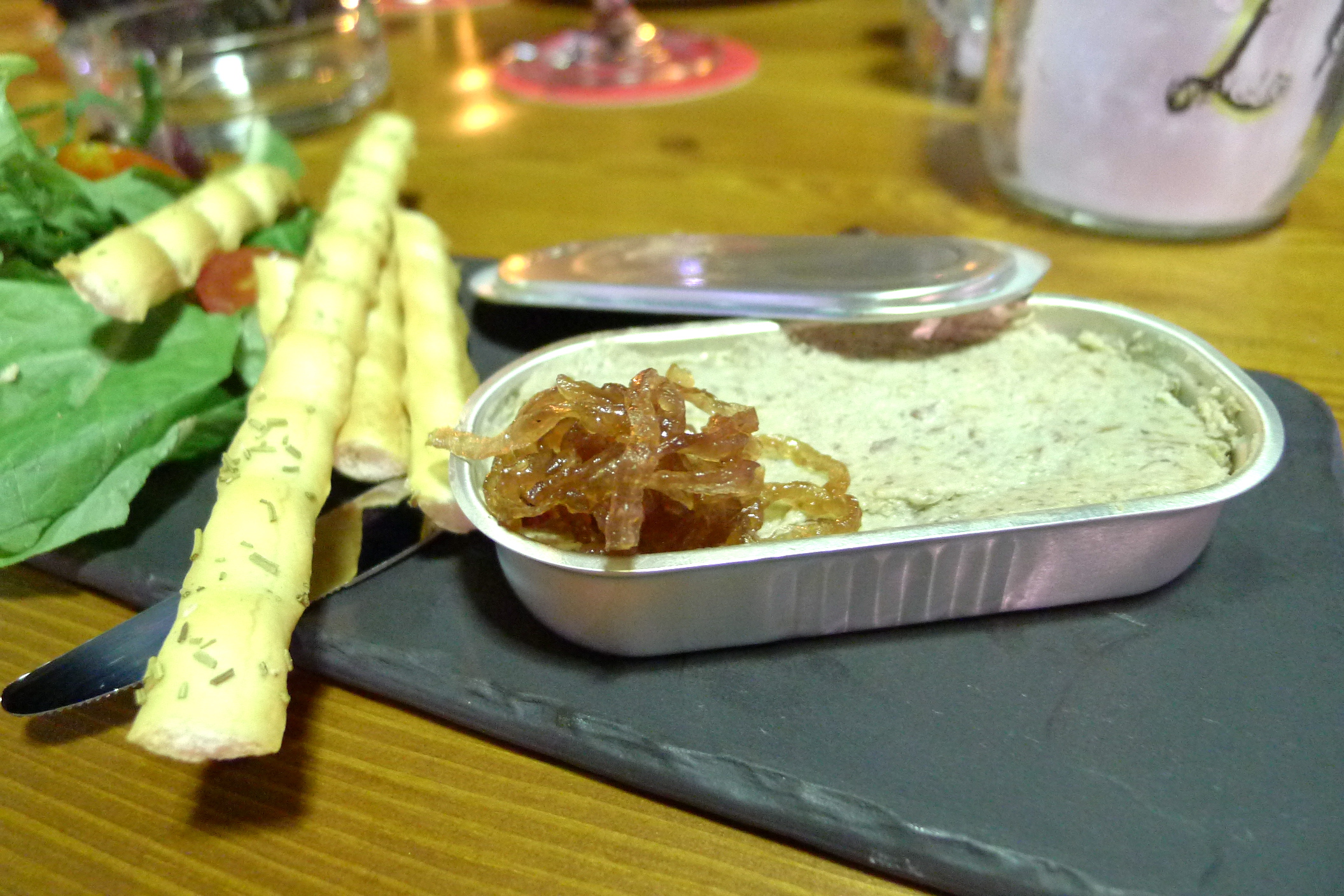 Iroon square, 25364218, LEMESOS (LIMASSOL)
Mon-Sun 19:00-23:00
Food: [rating:2] 2/5
Service: [rating:4] 4/5
Ambiance: [rating:3] 3/5
When I heard about a new Spanish restaurant in Limassol I really wanted it to be good. I am a big fan of tapas sharing and wine drinking and I am always on the outlook for places to do just that. As far as my experience at Boho Chic is concerned, I am not sure how to describe it as some things were very good, some things were very bad and others were quite average.
The whole idea of a tapas place outside on the actual Iroon square is very good. The fact that they have high stools as well as the low dining tables is also a nice arrangement and quite appropriate in such a space as one can go either for food or drinks. The brown rustic chairs were not really going well with the white bamboo furniture but unfortunately that would end up being the least of my concerns about this place.
The menu came in laminated paper bound together with a green string that I had last seen when I was given my “fakellos” in primary school. Even though I was a bit put off I thought maybe it is one of those places where it looks bad but the food is actually amazing. The dishes looked in fact extremely inviting, as they were quite innovative different and a little bit complicated as well. It included calamari stuffed with chorizo, aubergines with caramelized nuts, banana chips and a selection of meat and fish dishes.
First came the wine, a Spanish Rioja, which at 27€ for a bottle was very good. What we also liked was the two main courses, the raw beef on a hot stone, which you cooked yourself was truly excellent, perfectly tender and full of flavour. The lamb chops with mint were also very good, and even though I don’t really like mint I didn’t mind it in this dish.
What Mr Proud Cypriot and I weren’t impressed with were the dishes before the main courses. The amuse-bouche that came on the house, was some kind of banana chip with avocado which in our opinion was not very good and had a taste of “old”, but we thought we should not complain onto much about something that it was offered to us for free. The melon with jamon that came after that was very average, which I find particularly surprising, as it is a dish that I would have thought was really hard to get wrong. The jamon had a strong bad smell of pork and the melon was kind of mushy and soft. My least favourite was the calamari stuffed with chorizo in a tomato sauce, which was actually bad and we couldn’t eat at all. The patatas bravas that I was looking forward to, instead of coming flat and fried with a spicy tomato sauce came small and boiled (new potatoes cut in half). My favourite starter was the chicken pâté that was beautifully presented in a small tin and tasted quite good.
All of the above came at 50€ a head (2 people), which I thought was excessive. The fact that the starters were 4-6€ each was fair, but the increase to 16-19€ for main dishes was not, especially if it is not enough for one person. If I had to go again I would simply order the nice Rioja together with the beef on the hot stone and the pâté