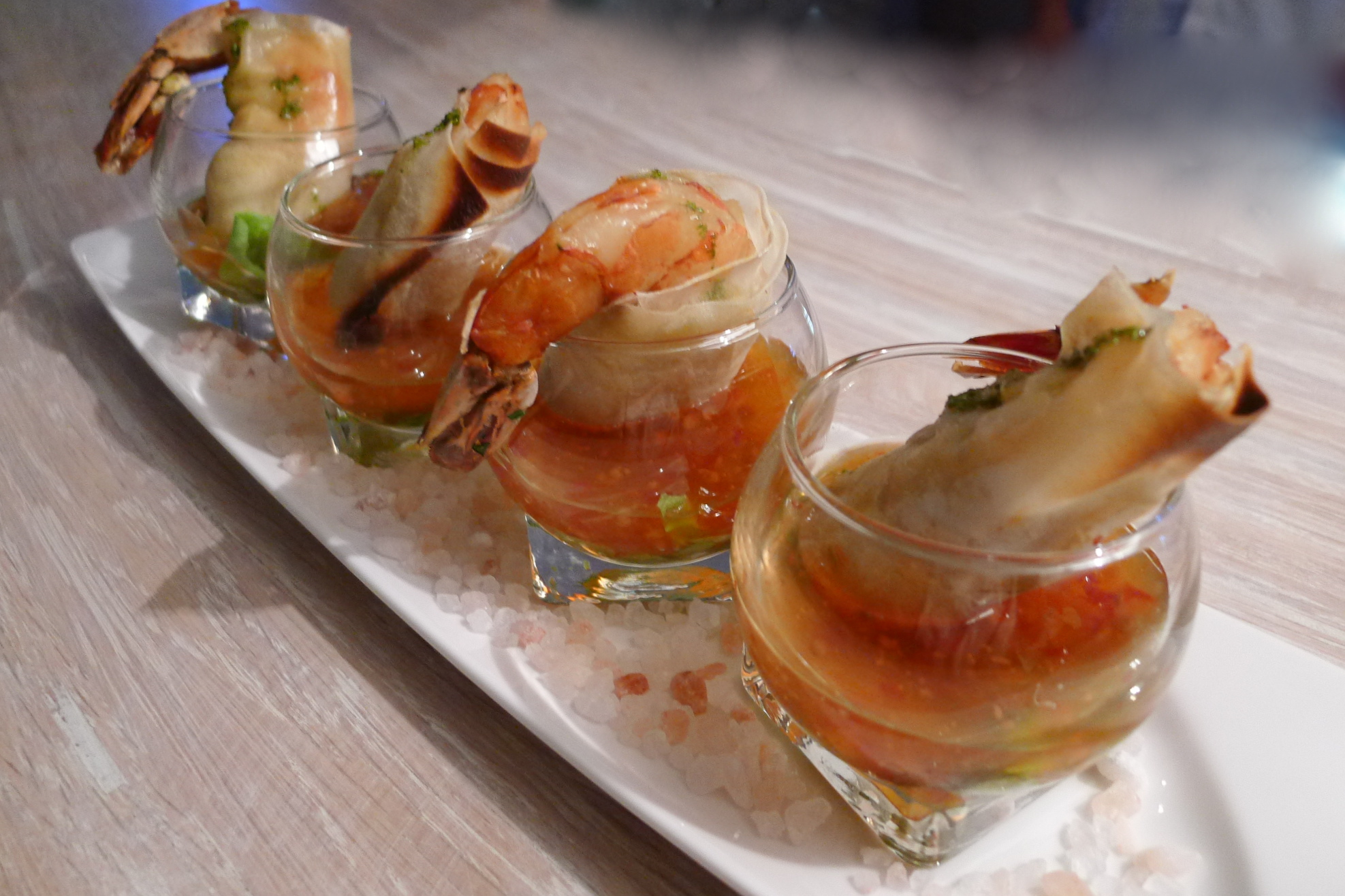 Alasia Hotel, Chaidariou 6, 25332000, LEMESOS (LIMASSOL)
Mon-Sun 12:00-15:00, 19:00-23:00
Food: [rating:4] 4/5
Service: [rating:5] 5/5
Ambiance: [rating:3.5] 3.5/5
Sometimes people ask me how I find out about all these new places that I review. The truth is I don’t even know what to answer, but when something good opens I am always one of the first people to hear about it (probably because I talk about food so much), which is what happened with the opening of the old time classic Alasia hotel and its brand new restaurant.
The fact that it is neither on the beach nor in the old city, but off Makarios avenue in a relatively small street makes it stand out even more. The restaurant is on the front porch of this chic and classy hotel, surrounded by a Mediterranean garden. The minimalistic ambiance and neutral colours add to the elegance, also representing the type of food they serve.
Mr Proud Cypriot and I almost had a fight before we came as he refused to go to one of my “experiments” and really wanted to go to his favourite taverna. The fact that it was almost empty didn’t help his mood but as it was relatively early on a Thursday and it is quite new so I managed to convince him. The menu is international including a good selection of starters and salads, pasta and USDA Black Angus steaks. The prices seemed ok, and it is only after we tasted the food that we thought it was good value for money.
After we sat down we could tell it the attention to detail was high but we weren’t exactly prepared for how good the food would turn out to be. The home-made halloumi with tomato was very good in a pure and simple way. The prawns (with some sort of sweet and sour sauce) wrapped in filo were fantastic, and the reason why Mr Proud Cypriot ate all of them. The salmon and anchovy carpaccio and much better than the usual octopus (I think they have that too), was excellent but what stole the show was the foie gras with dried figs and rasberry sauce with goats cheese w hich was probably the best I have had in a long time. Not only the taste of the actual duck liver was fulfilling, but the combination enhanced the whole dish. That alone is a good reason to come back!
For main course we were recommended the steak which is obtained from the same supplier which supplies Columbia Steak house but at this restaurant comes cheaper. Both, the fillet steak and the rib eye steak were perfectly tender and tasty, while the rack of lamb a proud Cypriot friend had was equally good.
As if the above wasn’t enough, our host insisted we tried the desserts and kindly ordered for us a triple crème brulee which included pistachio, berries and original crème brulee,  and sorbets. The pistachio crème brulee was quite good with an excellent pistachio paste at the bottom while the kataifi (even though I am not a fan) was fairly good, even though the chantilly cream at the top was a bit too much for my taste. We agreed that, even though the dessert selection looked extremely inviting the actual desserts despite being tasty, they weren’t as impressive as the rest of our meal. The elegant atmosphere, the mildly-creative-yet-keeping-a-classic-touch menu, the cool cocktails and the “complete” wine list and the perfect hospitality was a killer combo. It is one of the few places for which I don’t have anything really bad to say except that I hope it retains its superb quality and doesn’t deteriorate like in many of the new restaurants.