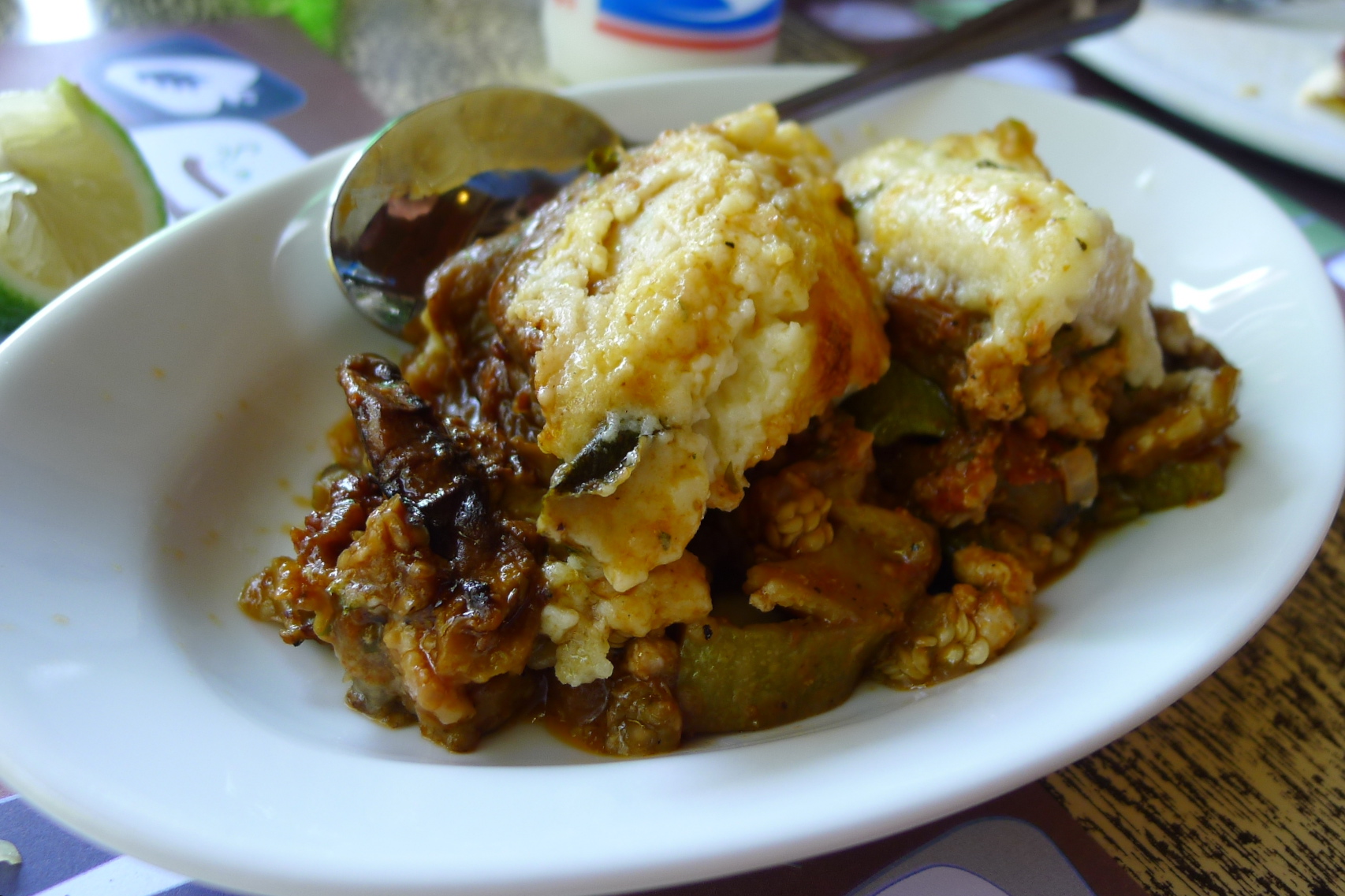 es in terms of “small and cute”, but more on the “pretty but too busy” side, we decided to visit it one autumn Sunday lunch and try the old time classic “Caledonia” which was on the top of our list 20 years ago, even if it was only to try the famous “milokrema” (apple cream).
It was only when we arrived there that we realized it is now called Lysseos apparently because the owner had a fight with the tenant. Even though we weren’t really convinced that Lysseos was the actual Caledonia, or Rodis, (since the restaurant across was called “New Caledonia” it was the busiest of all so we decided to try it.
Décor wise it is extremely average with new but unattractive furniture. Mr Proud Cyrpiot wanted only “mousakka”, “gemista” and the usual starters, but as the price would have probably been the same with two “mezedes” we decided to go for the latter.
To our surprise, almost everything was quite good. The salad and starters were ok but not worth complaining about. The fried halloumi was very good and extra salty, the “mousakka” was hot and tasty and the “keftedes” (meatballs) were also very hot and home-made. The highlight for me was the “afelia” that I almost never eat as we don’t make them at home, and when we have them in restaurants they are never good enough.
The only thing that we didn’t particularly like was in fact the main reason we went there in the first place: the traditional and famous “milokrema”. Either the recipe or my tastes have changed as it was a bit too “chantilly-like” rather than thick apple cream. The bill came to 25€ each, which unfortunately seems like the minimun price lately. Nevertheless, I categorize it amongst the places that, If I had to I wouldn’t mind returning at all but I would not run back with the first chance I get so if you are ever in Platres it is a quite safe choice in terms of food.