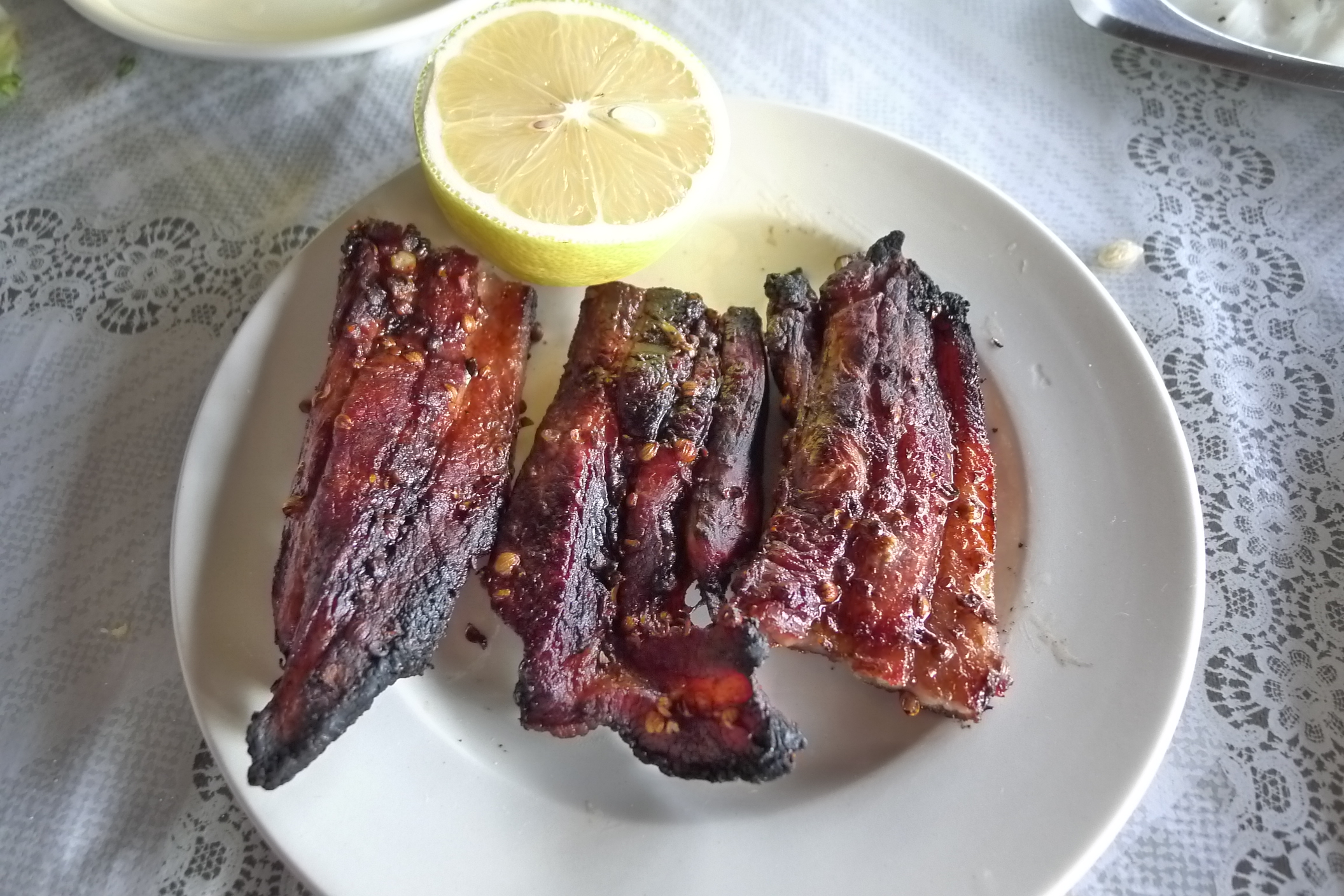 low the norm, Andreas at Perinia is exactly the opposite”. My immediate urge was to visit Perinia and discover the “out of the norm” taverna. Unfortunately, even though the food was quite fair and very much “homemade” it wasn’t the very special place that I thought it would be.
Looks-wise it is an old house with a couple of tables outside and 5-6 tables inside. It is small and somewhat picturesque which I really prefer as compared to the massive family restaurants that one usually finds in the mountains. They offered standard “meze” dishes which included the usual suspects. The salad and dips were quite good, with extra nice green olives (“tsakkistes”). The mushrooms and “krasata” (pancetta with wine sauce) were fairly ok without being anything memorable, whereas the zucchini with eggs, the “halloumi” cheese and the tasty pork kebab were the highlight. What I didn’t like was the lamb chops which had a lot of excess fat and the “tavas” that was, in fact, bad. They brought us coffee and  on-the-house which was a good move. The bill which came to 20€ each including one, cokes and “meze” for three was also a good move and made us leave quite happy, even though not completely satisfied.
The food was quite ok and prepared with a lot of love. It didn’t have the edge I was hoping to find, nor was it something extremely memorable, but the friendly owners and the more cosy vibe compared to its neighbouring restaurants was a good addition. Return? Indifferent.

Uncategorized
913
0
Halloween is way over but pumpkin season is not! I never used to like pumpkin, mainly because I hated “kolokotes” (Cypriot pumpkin pastries), but then after randomly having pumpkin bread, pumpkin pies, pumpkin ravioli...
Read more