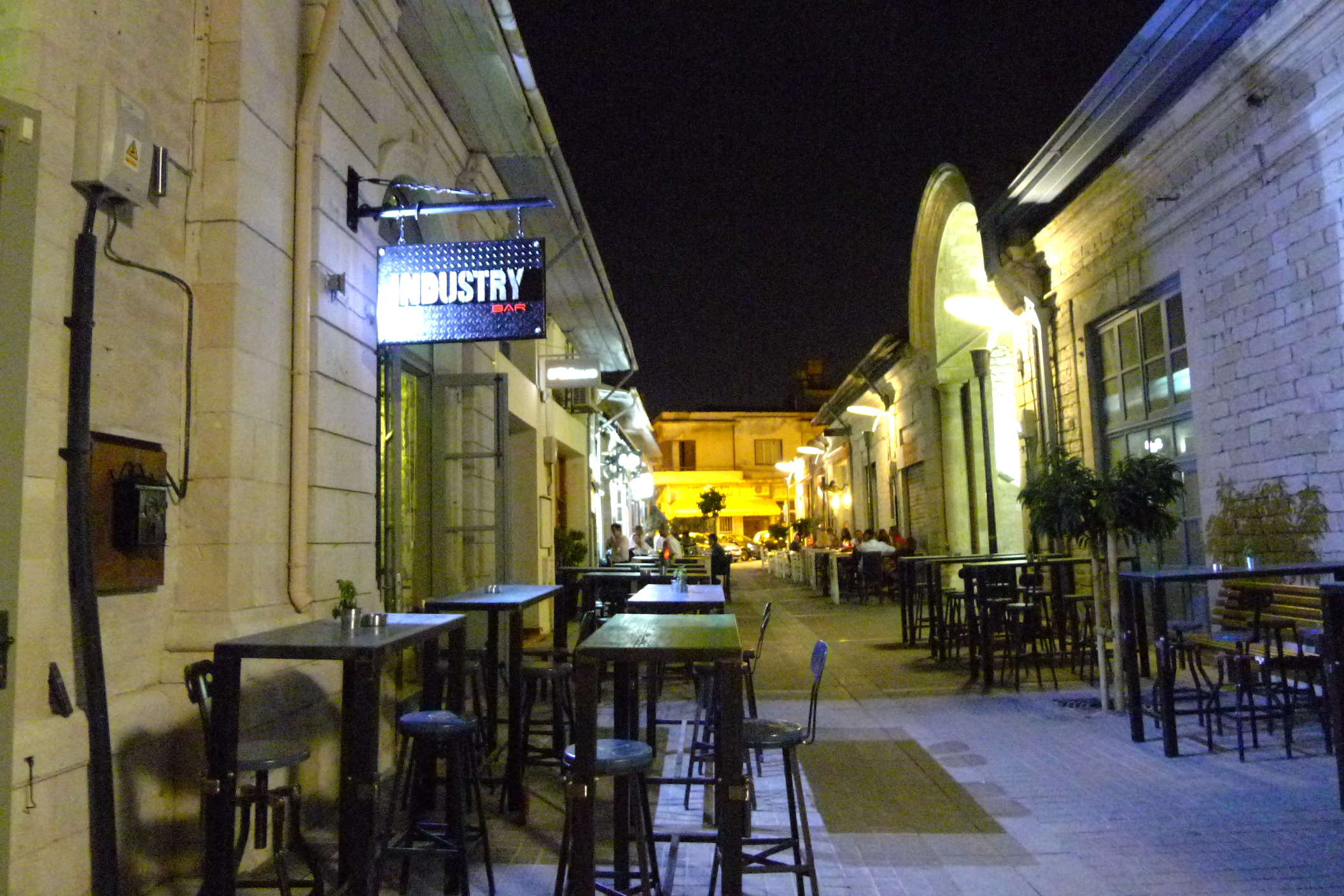 Saripolou, LEMESOS (LIMASSOL)
Mon-Sun 19:00-2:00
Food: [rating:0] n/a
Service: [rating:3] 3/5
Ambiance: [rating:3.5] 3.5/5
While I was walking towards (in)theory bar/restaurant for a glass of wine before dinner on Halloween I turn on my right and see yet another bar on Saripolou square, right after Meli Bar and Salut. We weren’t sure what it was all about, and we did want to nibble something like a platter or a couple of starters so the first thing we did was take a sneak peek of the menu. When I saw a cheese and meat platter for 5€ and cocktails for 5€ I thought we have to try it. The space itself is in line with what seems to be the new trend in Cyprus, the rustic and old décor with an industrial ceiling and semi-destroyed walls. The fact that it has Texaco barrels as tables is a good touch, so are the wooden stools and tables outside.
The menu is short with more spirits and cocktails an extremely small wine selection with one bottle of merlot, one bottle of cabernet sauvignon, and a similar quantity for white wines. The fact that, for the “wine by the glass” selection they only have a mini bottle of local wine was also a turn off so we decided to go for a bottle of merlot. I wasn’t sure what to expect for the 5€ meat and cheese platter as it was extremely cheap for what I was used to, especially after I asked what it included and the friendly waitress said that “there could be some Roquefort, probably some Camembert as the platters usually have”. It seems that the reason she wasn’t quite sure was because she hadn’t seen the platter before as we were literally the first customers EVER. It was only then that we realized it had just opened.
As expected, the platter was quite tiny with one slice of salami each, one tiny piece of Roquefort, a couple of other types of cheese and a quarter of an orange. The wine, which we drank in no time, was actually not that bad, especially for 15€.
It was only before we left that I categorized this bar as one of the places one goes for after dinner drinks, and probably spirits and beers rather than wine and platters. For such a purpose it is a cool bar with excellent value for money. For the “cheese and good wine” experience (in)theory next door could be better. It seems that it is generally difficult to find a good wine bar in Limassol as the choice is limited.