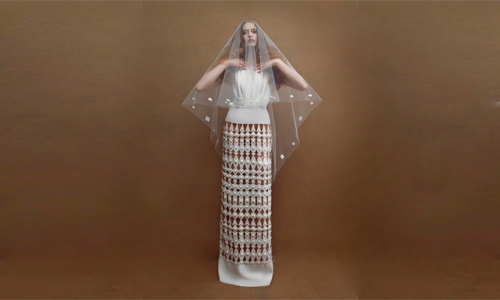 Makarios Ave 86, 22766969, LEFKOSIA (NICOSIA)
for appointments call or email the showroom directly at info@elenastrongyliotou.com
Married women have probably met her, divorced women might want to meet her, single women definitely want to meet her and young women dream of meeting her. If there is any chance that you have not heard of her already, she is not a matchmaker but you would be quite close…undoubtedly one of, if not the, best wedding dress designer in Cyprus. I have heard of Cypriot women who travel all around the world to find the perfect dress for their special day. What they might not know (but most definitely should know) is that we have a Cypriot born and raised, one of a kind haute-couture designer under our noses. Having graduated from the St Martin’s College in London (yes, THE St Martins), followed by studies at Cheltenham College of Art she went on to work with one of the kings of Haute Couture, Mark Boham (Dior) at the Hartnell’s House of Haute Couture. Even though she came back to Cyprus to become a fashion designer, after she designed and made her sister’s wedding dress the demand began. That was when she established her own wedding dress atelier in the centre of Nicosia.
I am not a big fan of wedding dresses as I think they would make me look like a cake. It was only when I attended the exhibition Beyond Dress Code and saw what she can make when she is left alone with her imagination, that, for the first time, I actually found a wedding dress that I could someday wear. She goes beyond the standard material and the classic lace; using fabrics from all over Europe,, of which the elegance and class shows immediately in her dresses. Fortunately she also designs gowns for other purposes as well as wedding dresses, however due to the exclusivity and rarity of the fabrics, she only makes made to measure, one of a kind pieces.
Elena says it usually takes her between 10 days to a couple of months to prepare a dress, and does her best to capture her clients’ taste. I say it must be really difficult, she says she got used to it and can almost tell from the beginning each woman’s style. For such an energetic and somewhat chaotic person she is definitely detailed and meticulous and in a class of her own.
For those of you that might be confused by now, this is not an ad for wedding dresses or weddings, but an article to “expose” Cypriot talent and particular individuals. After all, this is exactly what Cypriot and Proud is about, discovering and revealing people, places and situations we should be proud of, especially in times like now.