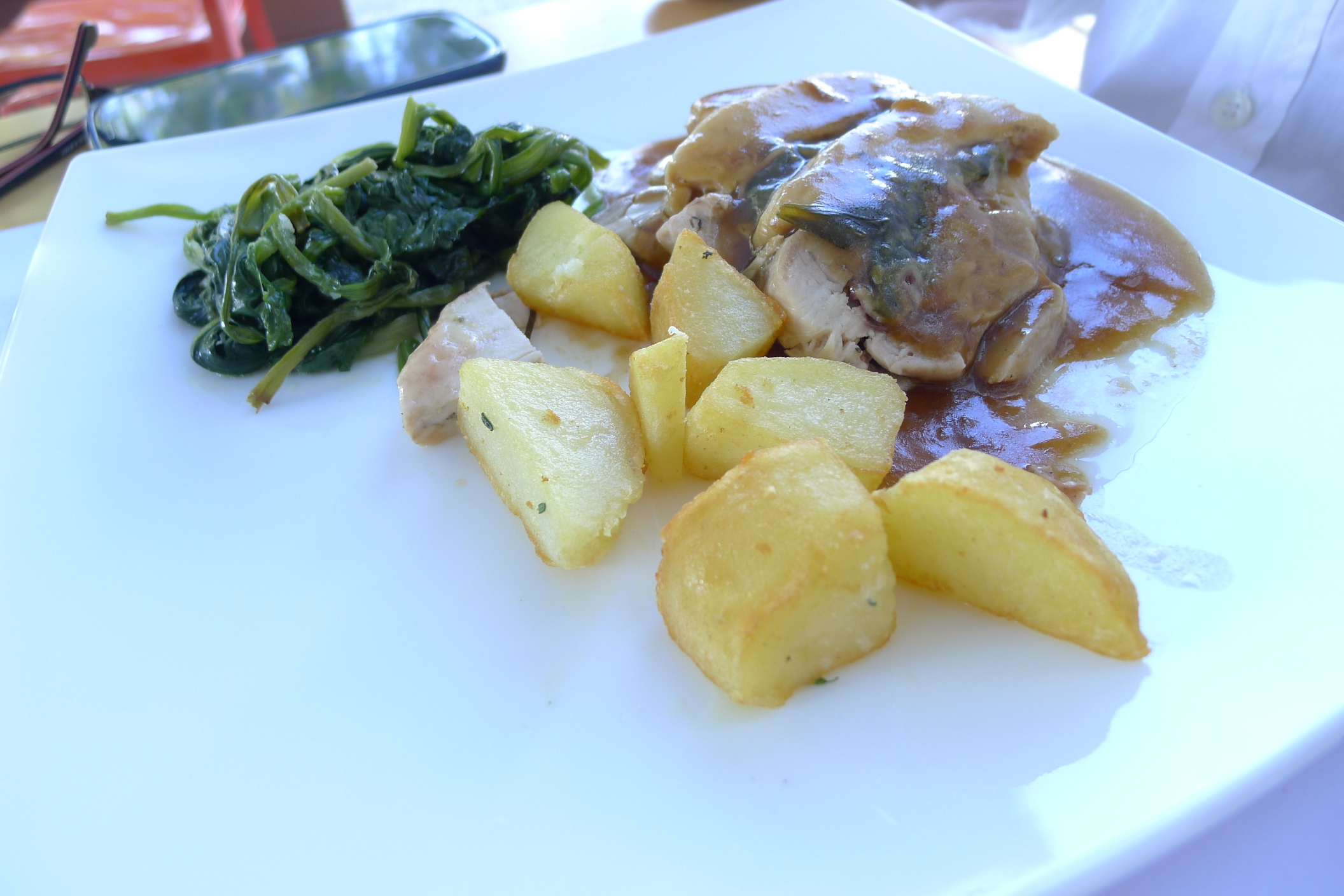 I visited it for a relatively early lunch on a Thursday to make sure I got a table and fortunately (for me) it was quiet. While I was waiting for my proud Cypriot friend, the kind lady who owns the place (the ex-owner of Romantica), took me through the menu of the day which was written on a black board at the entrance. At first sight I thought it was a very good idea and in fact, I like the concept of a restaurant serving 3-4 very good dishes that change every day.
There were two starters on offer: the first was Portobello mushrooms for 5€ each which I thought was a bit expensive. The second starter was an “Italian salad” which I thought could be promising but was a bit disappointed when I was told it included tomato, cucumber, lettuce, canned mushrooms, avocado and nuts, yet it cost 8€.
As for main dishes, there were four choices: the first one was spaghetti with tuna (I actually liked the idea of it until I was told that the tuna was again canned, but the portion cost 10€!) while the second choice was stuffed chicken with potatoes and vegetables which sounded and looked inviting (as my proud Cypriot friend doesn’t really like pasta this was his only choice). I was left with the risotto with asparagus and the penne Bolognese and I chose the latter.
The salad that we ordered to share was as expected: quite good in taste with fresh ingredients and light dressing but a bit too simple and something anyone can make at home in no time.
The stuffed chicken was quite good too. It was tender and tasty with a light savoury dressing, sautéed potato cubes that were soft inside and crunchy outside and vegetables which looked quite fresh. The overall dish was tasty but not so memorable.
My pasta Bolognese, which I ordered with spaghetti instead of penne, as I prefer long pasta (which is the type of pasta Bolognese is usually served with), came in a very big portion and certainly looked inviting. The taste fortunately matched the appearance, as the pasta was perfectly al dente with a right amount of sauce. This was actually the best dish out of the three.
Overall the food wasn’t bad but what put me off was the fact that the pasta with canned tuna cost 10€ and that there was only one vegetarian dish available (I don’t count the extremely simple 8€ salad as an option). Even though the idea of “dishes of the day” is good, the choice was way too small which does not encourage one to go very often (I was also told from another proud Cypriot friend that the choices were same the week before so clearly the menu doesn’t change every day). All in all, the experience was easy to go through but not memorable enough to return, at least not in the near future.