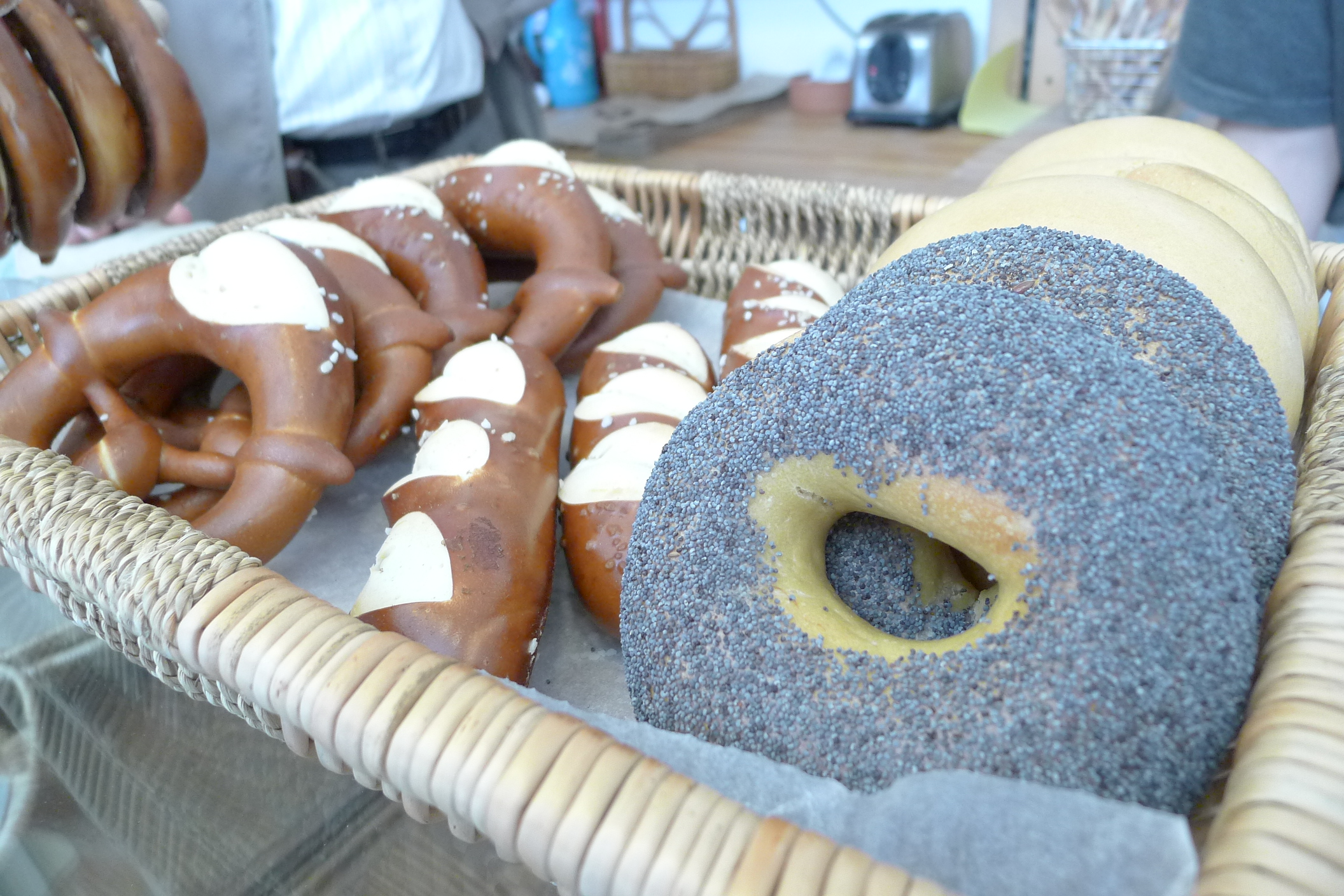 all posts by date  shop

Prodromou 51, Strovolos, 22270477, LEFKOSIA (NICOSIA)
Mon – Fri 7.30am – 8pm, Sat 7.30am – 2pm, Sun Closed.
It has been a long time since I have discovered something new in the food and entertainment space that wasn’t a restaurant or a bar. Qboo is not only new as a shop, but also as a concept.
Cornelius Schulze-Kraft, a baker of German origin has managed to bring to Cyprus his local knowledge with a New York flare and has used it to make delicious bread.
I was originally intrigued by his ciabatta sticks that I had the pleasure of tasting at a “cheese and wine” event. Even though I (unsuccessfully) try to follow the “no white bread” diet I couldn’t help but break it once again at his super cute and rustic bakery. The moment I stepped in and smelled the freshly baked bread I didn’t even need to taste anything to know that this would be special.
Although tiny, the content of the bakery is more than enough with a wide selection of bread from all over the world. Apart from village-style organic bread he makes authentic German pretzels, the typical German br ead, Bauernbrot, fantastic, super soft Italian Ciabatta, crispy French Fougasse, and of course original American bagels. Zero additives and preservatives are used in all his bread. It doesn’t get more home made as everything is prepared by himself at his bakery daily. What I found out later was that the technique Cornelius uses is in a way traditional combined with some ground breaking methods procedure for each bread, even on an artisanal level world wide. Every bread is made from scratch including different blends of flour (in certain breads as many as 5 different types
flour are used). The simplest bread will take as long as 24 hours to make, most breads however could take a minimum of 2 days including pre-doughs. Certain breads could take as long as 4 days (!!), including an actual 20+ hour bake in the oven. For example a simple baguette takes a minimum of 36 hours and is bakes at a temperature of 280C. What is even better is that all the left overs are taken to foster homes where children of all ages get to enjoy home made healthy bread.
At first I thought it was strange having a bakery selling only bread, as in Cyprus bakeries offer a selection of pastries, sweets, biscuits, cakes (not to mention cereal, cold dairy and soft drinks), but this is exactly why everything turns out to be a big mass production. In the future there might be some German pastry and American classic additions (Cornelius did, afterall, live in New York city for 15 years), but the benefits of specialization and originality will certainly remain.

Uncategorized
164
0
Halloween is way over but pumpkin season is not! I never used to like pumpkin, mainly because I hated “kolokotes” (Cypriot pumpkin pastries), but then after randomly having pumpkin bread, pumpkin pies, pumpkin ravioli...
Read more

all posts by date  recipes
278
0
Although I love making new recipes and I am obsessed with cook books, I always find myself often going back to those recipes who are easy to make and delicious like pasta Bolognese, home-made...
Read more

all posts by date  recipes
373
0
I don’t know about you but for me there are some dishes which are staple meals for my family like Cypriot style fish in the oven, veggie or beef fajitas and of course, spaghetti...
Read more

foodie news & other announcements
443
0
Probably the best thing I have done this month is have aperitivo by the sea at Ventuno Aperitivo, and I mean a PROPER Italian-style aperitivo: pay for drinks and get a buffet of delicious...
Read more

foodie news & other announcements
291
0
NOA, the beach front seafood restaurant has hosted a lovely evening of Fish vs Meat tasting menu paired with alcohol (cocktails, beer and wine) which was indeed delicious with dishes from raw tuna carpaccio...
Read more