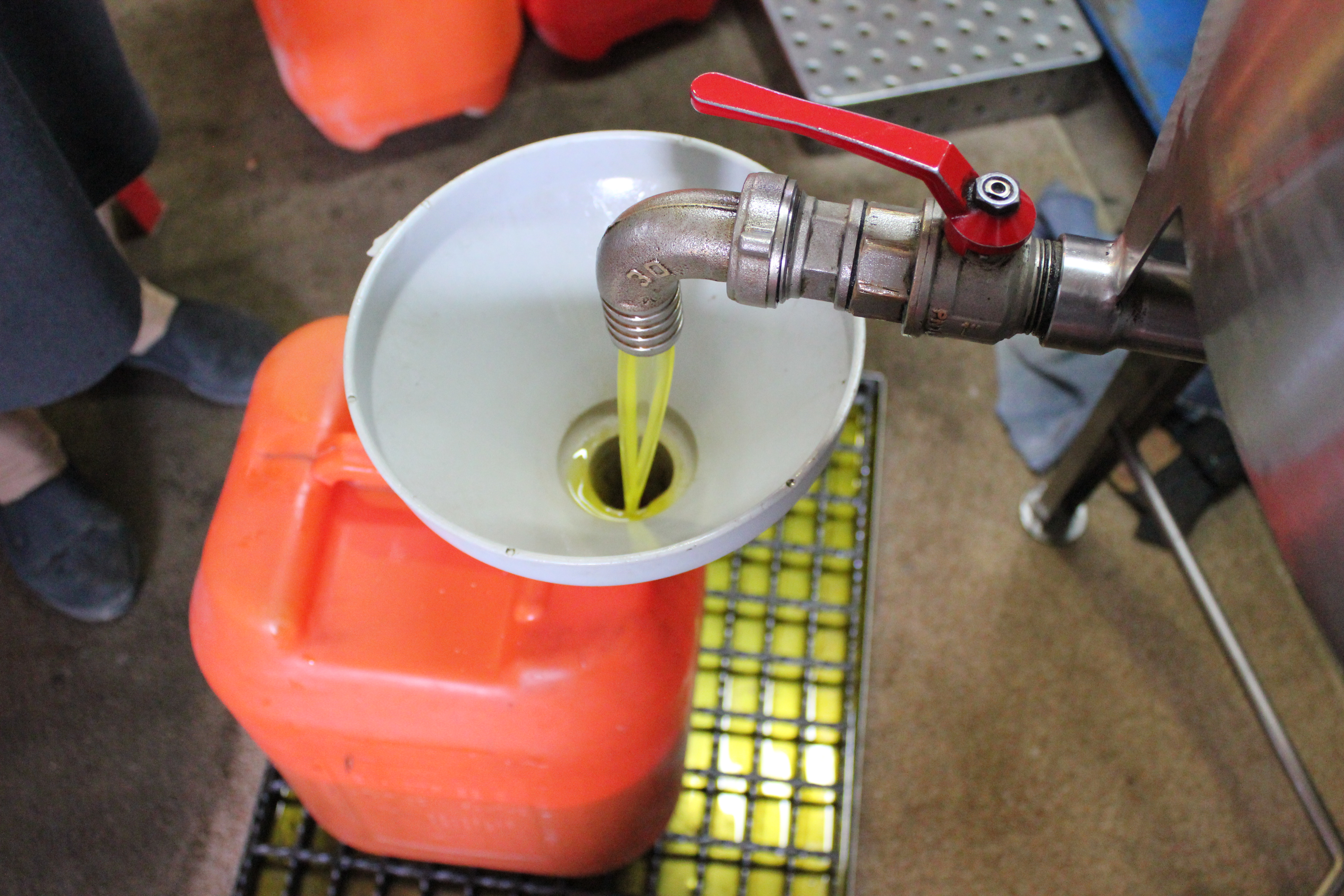 how to make fresh olive oil

I have been driving a lot lately. Back and forth between olive trees. Like others in Cyprus with olive trees, we have started picking the olives in order to make olive oil. Although I know the process has changed a lot since the time when our great grandparents were picking olives, it is interesting to think that at least some of the olive trees are the same ones from which they picked olives. We might not have to push a big stone wheel around, but the starting point is still the same.

Last week I decided to go olive picking for the first time. For years my family had explained to me the process. They would always tell me they would rake the olive trees and the olives would fall on large plastic tarps on the ground. I didn’t really believe them. Raking trees sounded funny. Raking trees sounded like something I used to do to our trees in Canada when I was five with the end result being some form of yelling from whatever elder supervision was around. But it really is true. In order to make olive oil, you must first rake a tree.

If you have ever wondered what the olives should look like when they are ready for picking to make olive oil, about half should have turned a brownish colour, with the other half  being a mixture of dark brown and green. This usually happens in or around November. I am told that the time at which one harvests and grinds the olives will actually make a different to the taste, less ripe olives give more bitter and spicy flavors whereas riper olives will give a sweeter sensation.

The first thing I noticed is that people go extremely early in the morning to pick olives. I am guessing that it has something to do with the fact that a pretty large olive tree, like the one on the right, will take about 8 hours to pick. There is no magic to it. It just takes a

long time. The first step was to lay down plastic tarps on the ground. You will also need a ladder for the olives that are near the top of the tree, and small rakes for the olives near the bottom of the tree, and long rakes for those olives higher up. There were three people picking the olives off this tree and it took about 8 hours to do so. My advice: bring food, water and music, and wear jeans. Leave the dog at home as, I discovered, it will just eat the olives on the tarps and make weird throat sounds. Maybe it’s just my dog.

Once all of the olives are picked, they will fall to the ground, along with various other things in the trees, such as the leaves. They are usually put into crates and then carted off home. If you take the olives directly to the olive pressing mill they can separate the olives from the other olive tree debris for you, but we prefer to do this at home.  The olives are placed in buckets and poured into crates with a fan blowing as the olives fall into the crates. This way any leaves mixed in with the olives get blown away so that the crates are only filled with the olives themselves. The end result is many crates with many olives.

The next step is to find a place which will actually turn the massive quantities of olives you have collected into yummy olive oil. There are apparently about 35 of these mills all around Cyprus, with about 5 located in Paphos. The particular mill we went to is open from about September to January.

The process of making olives is quite interesting to watch. The olives fall through a box at the start and go through a series of steps. It reminded me of the board game mousetrap. Roughly speaking, the olives are first ground into paste. The vegetal liquid, which contains the olive oil, is then separated from the paste. The oil produced by this physical means above is described as “virgin” oil. Note that the word “virgin” here means the oil was produced by the use of physical means and no chemical treatment. The word “Virgin Oil” on a retail label means something different.

For the most part, I just thought olive oil was just greeny-yellow in colour and tasty. And every December a big bottle would arrive at my apartment in London via some caring relative who

would happen to be visiting me. Sort of like an olive oil Santa. Anyway, a little bit of research, and I have now learned that there is a lot more to olive oil than one would suspect. Have you ever wondered what Extra Virgin Olive Oil actually means? “Yes Christina, I have.” Good, I’m glad you asked. I discovered that it means something different depending on which classification system you are using. In the standards set by the International Olive Council, which apply to the EU, “Extra Virgin Olive Oil” is oli

ve oil which is produced by the use of only physical means and no chemical treatment and that satisfies specific high chemical and organoleptic criteria (thank-you internet) which is something that probably makes as much sense to you when you first read it as it did to me. In short, it just means that the acidity level is below a certain threshold.

Anyway, I have digressed, after the olive oil comes out at the other side of the machine, the oil is usually bottled into plastic containers which are taken home and placed into metal canisters or glass bottles. The oil will sit there for about 40 days in order to let the “residue” in the oil settle down. Having said that, the olive oil is edible from the moment it comes from the factory and is delicious on a piece of toasted bread with a little salt!