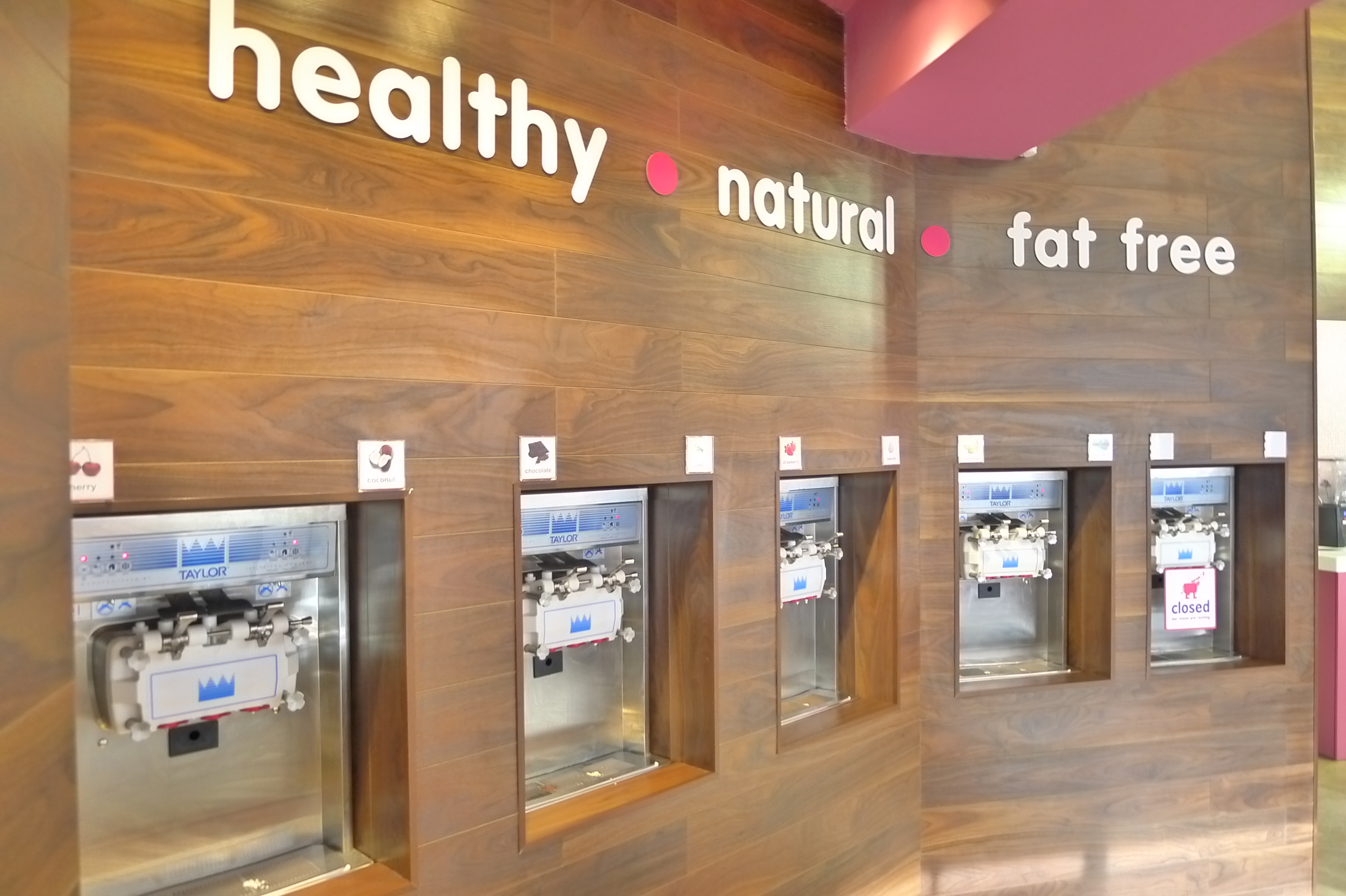 Agiou Nicolaou, Engomi, 22256196, LEFKOSIA (NICOSIA)
Mon-Sun 8:00-23:00
Fro Yo mania continues with a visit to the second frozen yoghurt place on my list, Yoo Moo, which is right next to Second Cup. Even though it has a very similar concept to Yogolicious down the road it has a much larger selection of yoghurt base flavours and toppings. If you live in Nicosia it is highly unlikely that you haven’t seen a street banner regardless of where you live!
I found the fact that it is a separate establishment to Second Cup and its rather modern and fresh seating space as an advantage as it can attract a different group of people. It is not massive and therefore moves away from the large and busy café vibe to rather small and cute space which is very appropriate for a “gelateria”.
The way it works is very simple: choose your flavour, add your topping, weigh and pay. Even if you are a loyal fan to plain yoghurt like myself, the large selection of flavoured yoghurt base will tempt you to become unfaithful. The coconut-flavoured yoghurt was excellent, and so was the apple-flavoured one which tasted like a cold green apple cream. I found the vanilla-flavoured yoghurt a bit too plain, while the cherry flavour was fairly good even though it reminded me of a cocktail. In terms of toppings the selection was so big it was actually confusing. I tried to avoid my standard coconut, biscuit and nuts combo and to try something new instead. I also avoided the chunks of chocolate as I wanted to make it more interesting so I went for melted chocolate with biscuits and extra almonds. The warm praline chocolate with waffle pieces was my second option, while the warm honey with walnuts my third. Taste-wise, my frozen yoghurt was of a high standard with a refreshing, yet light yoghurt taste, sweetened by the melted chocolate. I pre fer a fruit, biscuit and nut combination as I like chocolate eaten with more chocolate rather than a sour accompanyment, but if you are a chocolate fan it is worth trying. At this point it is worth mentioning that all the flavours added are natural without any preservatives.
The way I see it many ice cream parlours will indeed be replaced with fro-yo. At 2% fat with so many topping options coupled with the healthy eating trend that is taking over Cyprus I see it as the only way to go. The question is, how many more fro-yo openings should we expect?