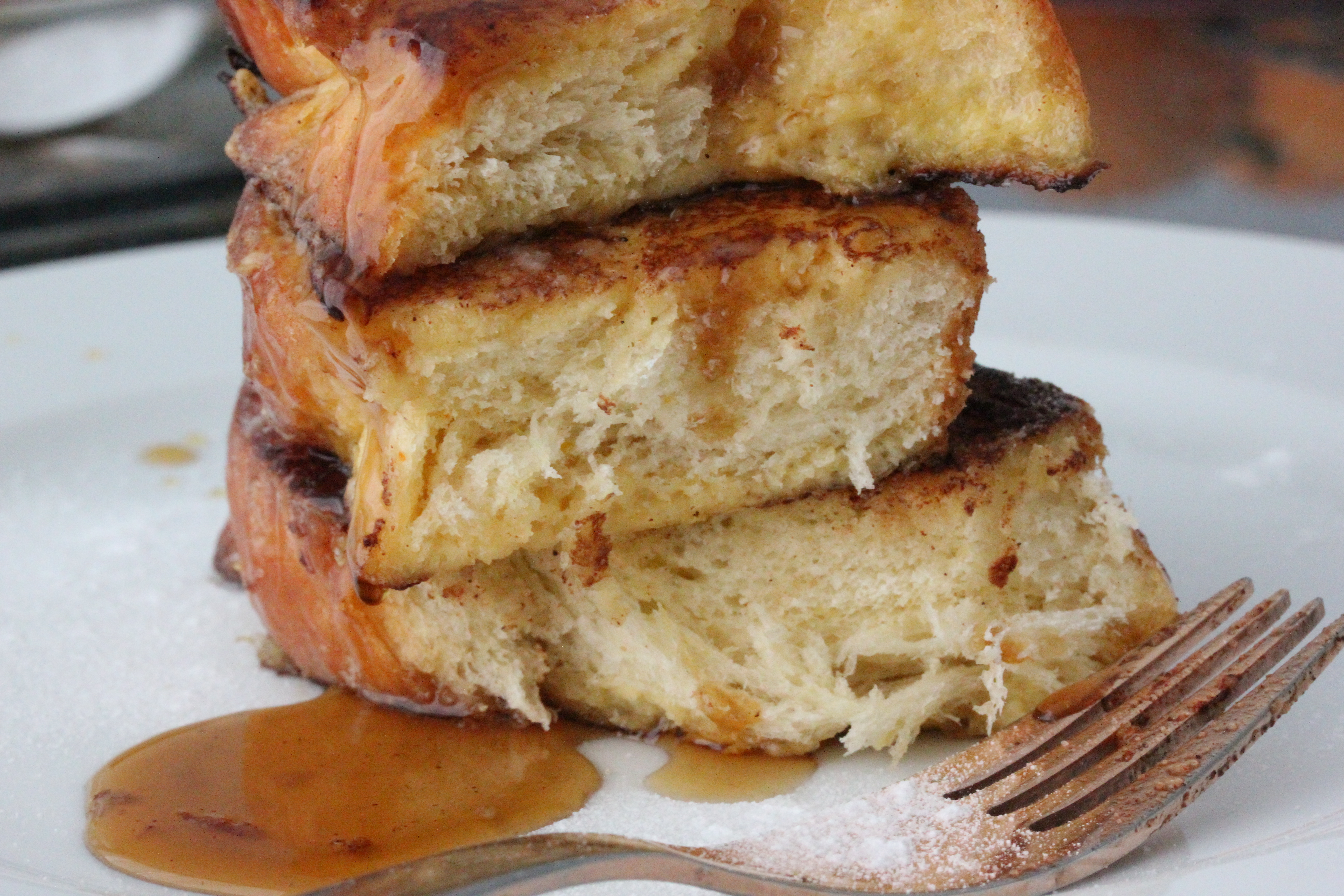 Now that Easter is over, I have some “tsoureki” (Cyprus orange Easter bread) leftover, (which I made using Kalopesas Patisserie recipe), and it has begun to go hard. Not hard enough to be thrown away, but hard enough that I didn’t want to enjoy it plain anymore. This is, however, a kitchen problem easily solved. Did you know that the best french toast is made with bread that it is slightly hard? Yup. It’s true. I decided to use the remaining “tsoureki” to make some yummy french toast. It’s pretty easy to make. The only thing you need to watch out for is that the toast doesn’t get too soggy in the middle. The best way to avoid this is to: 1. use hard bread 2. cut the slices at least about 2.5cm (an inch) thick and 3. once the bread is fried, place it in a hot oven for a minute. There are lots of recipes available on the internet for french toast. My general rule of thumb: keep it simple and use good ingredients. I opted for a a recipe with a little vanilla, cinnamon and coconut oil to complement the orange flavour in the “tsouerki”.  The result was so good! A perfect item to go along with a lazy-morning brunch. Enjoy!

Level of Difficulty: 2/5
Preparation Time: about 20 minutes
Cooking Time: about 2-4 minutes, but this will vary depending on the slice
Makes about 5 good-sized pieces of french toast

5 pieces of about 1.5cm thick-sliced tsoureki (it is best if the tsoureki is slightly hard)
1/3 cup whipping cream
1 large egg
1/3 tsp vanilla extract
1/4 tsp cinnamon
1tbs coconut oil for pan-frying (you can use olive oil if you prefer)
1.5 tsp salted butter for pan-frying
cinnamon, icing sugar, maple sugar to taste

2. Whisk the whipping cream, egg, vanilla and cinnamon in a shallow dish.

4. Soak bread slices in cream mixture for about 5 seconds on each side.

6. If the oil starts to turn a bit brown or reduces before you have finished frying a

ll pieces of bread, simply add a bit more coconut oil and salted butter to the pan in the same proportion as above.

7. Place cooked pieces of toast in a shallow pan and place in oven for 1 minute before serving.

8. Serve with maple syrup, powdered sugar and cinnamon to taste. Also, if a special day, add some whipped cream and strawberries for some extra yumminess!