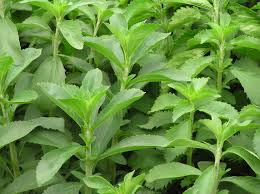 The need to use sweeteners as sugar substitutes, is neither new nor limited. Instead, it is a true revolution of the food industry for several decades that has allowed millions of people to enjoy the sweet taste to foods and beverages, but without being burdened with extra calories.

The ‘revolution’ has taken another big leap nowadays, with stevia (stevia rebaudiana), a small plant from Paraguay that produced a new sweetener, a real innovation of its kind. So note the name, because … you will need!

• Did you know that according to surveys, our preference for sweet tastes is genetic. The sweetness is that which leads mammals to safe and nutritious foods, so it is still a powerful criterion for what we eat.

The sweetener from the stevia plant – or steviol glycosides, as its scientific name is, is a non-caloric substance derived from the leaf of the aforementioned plant -a kind of small shrub endemic in Paraguay that is closely related to chamomile, the daisy, chrysanthemums, etc. The history of stevia is very old since, apparently, the natives of South America used pulverized leaves to sweeten their drinks. The steviol glycosides, which are now increasingly used in a wide variety of food and drinks, come from the best-tasting part of the leaf of the plant and give 200 times sweeter taste than table sugar. This means that, as with other sweeteners, a minimum amount is sufficient to ensure the desired sweetness, but with a reduced number of calories, whether used alone or in combination with reduced sugar.

A selection with prospects!

In America, Japan, Australia, Canada, the use of the sweetener from the stevia plant in products such as beverages, soft drinks, desserts, sauces, yoghurts etc., are particularly tested and approved for decades. Last year the European Commission gave its approval for its use throughout Europe, thus helping to enrich in the ‘elder continent’ the variety of sweeteners that “exempt” the deprivation of sweetness, major categories of the population, such as individuals who want to control their weight or people with diabetes etc.

all posts by date  recipes
1756
0
I don’t know about you but for me there are some dishes which are staple meals for my family like Cypriot style fish in the oven, veggie or beef fajitas and of course, spaghetti...
Read more