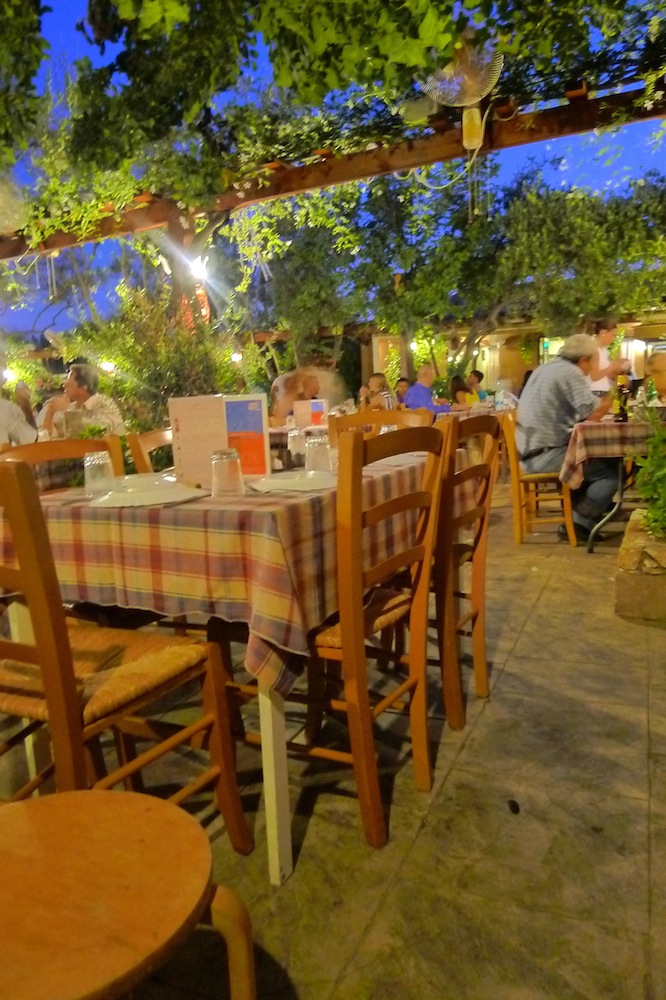 Moutagiaka square, 25329490, LEMESOS (LIMASSOL)
Mon-Sat 19:00-24:00
Food: [rating:3] 3/5
Service: [rating:3] 3/5
Ambiance: [rating:3] 3/5
Upon my arrival in the city of Limassol two years ago I knew nothing about the city’s nightlife, being relatively new to it. What I did in fact, as one does, is for every single event, venue, street and place, I connected it to something from my hometown, Nicosia. For example Dino’s in the old city was something like our Pralina café, Neon Phaliron seafood restaurant was like Nicosia’s Pyxida and Alio Olio of Limassol reminded me of Nicosia’s delicatessen, Il Paesano. F orsos tavern for me was something like Zannetos in the old city, or a more commercial “Aigeo”: it is the most popular tavern in the city, it looks traditional but it has been done up and the first name that pops up in the tourist guides when a visitor is looking for a traditional taverna. The truth is the first time I went last year I was tragically disappointed. This time my experience was much more positive as we all managed to leave mostly satisfied and fulfilled with only a few observations.
Limassolians might be offended when I say Forsos is “touristy” and commercial, but if you go on a Monday evening only to find it packed with locals taking out clients and tourists, and local people being a minority then it is difficult to argue against the above characteristics. The venue itself is situated in the Moutagiaka area outside the centre. It is quite big especially when you consider both the outside and inside space. I thought the inside décor was quite standard, even though there were some traditional “ornaments” hanging from the walls. What was actually quite pretty was the courtyard at the back. Loud, noisy and crowded work in terms of describing what I faced when I entered the courtyard. I didn’t think it was necessarily a bad thing as it is something expected from a taverna, but I did choose to sit in the corner. The plants and trees surrounding the main area add significantly to the ambiance of the space, and so do the small fountains.
The food is standard and includes a fair “meze” dish selection. Even though it looked a lot at first sight at the end I thought dishes were missing from their “meze”. Apart from the dips that arrived immediately, the ravioli with “halloumi” cheese that arrived first were quite good, served hot without being overcooked. The small grilled liver pieces on a stick that came shortly after were surprisingly good (and I am quite fussy about lamb liver), and the wild mushrooms were excellent and a highlight even though there was merely half a mushroom for each person. Another highlight were the fried meatballs with a perfectly crunchy crust and a hot and tasty inside. The pork kebab were also tender and flavoursome, and so were the pork fillets which, although plain grilled were rather tasty. The low points for me were the 4 roast pototoes, which I found to be pointless as it reminded me of English Sunday Roast, the fried spinach with eggs as the taste of fried onion was overpowering and the plain grilled chicken that came at the end, which I found to be tasteless and boring. I also thought that the bits of curly lettuce in the salad were a bit irrelevant and a more traditional salad would have been preferred. I would also have liked to see a few additional dishes like Cyprus bulgur (“pourgouri”), or perhaps a dish that would be their signature one, like “tavas” (lamb with vegetables”), or “kleftiko” (slow cooked lamb on wood).
The generous portion of “loukoumades” (fried honey balls), that came at the end was a very nice touch, especially because they were very tasty without being too syrup-y. The bill that came at 20€ per person (4 people) with beer and water was also a “nice touch” since I would expect a popular taverna like this one to have been overpriced but it wasn’t. 17€ for one “meze” is now the average.