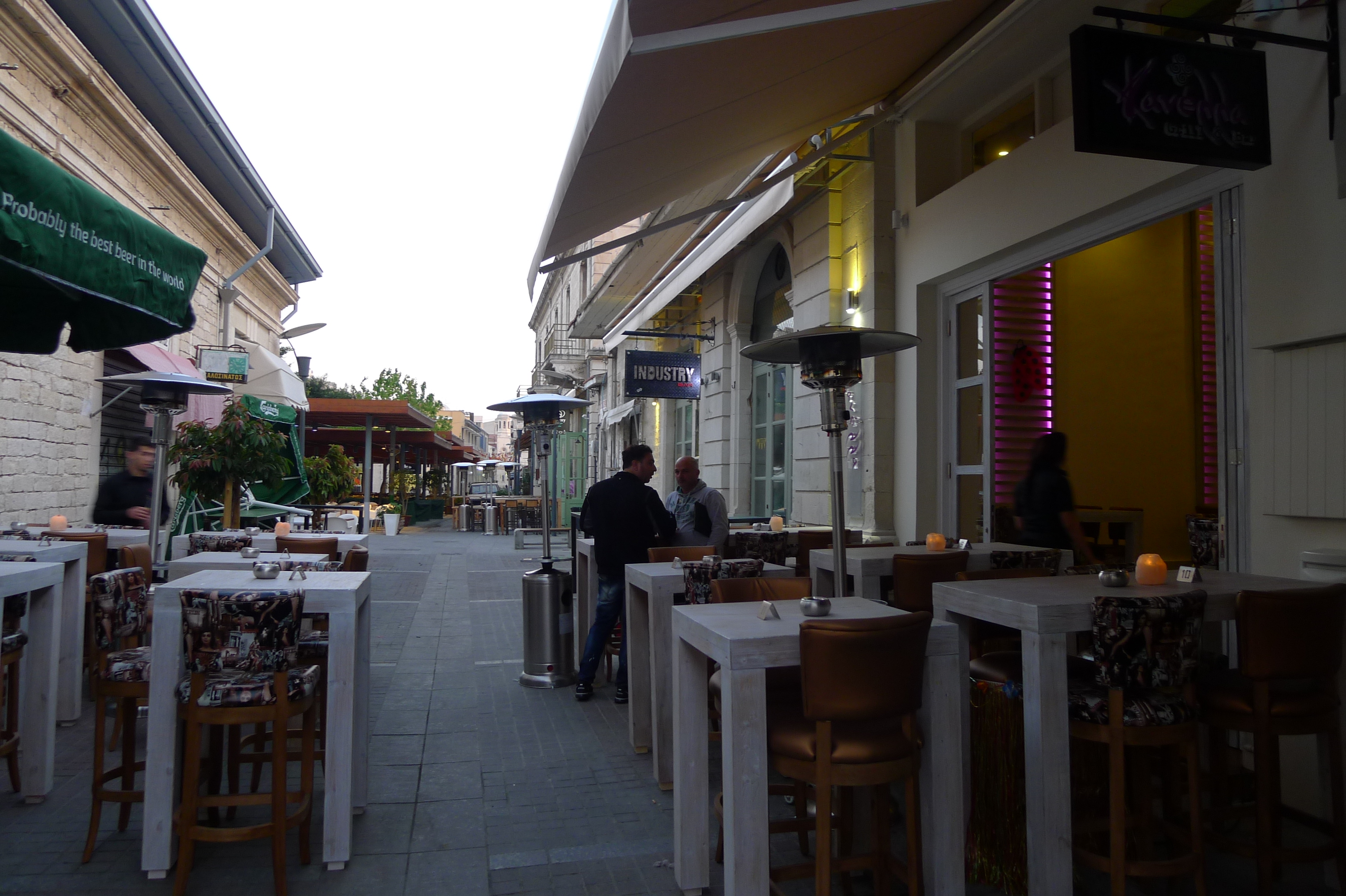 Saripolou Square, 99430460, LEMESOS (LIMASSOL)
Mon-Sun 19:00-1:00
Food: [rating:2.5] 2.5/5
Service: [rating:3.5] 3.5/5
Ambiance: [rating:3] 3/5
I have only been in Limassol for two years so I don’t know how Saripolou square used to be before that, but I certainly know that in the last year the square has experienced radical change. It is actually what Malcom Gladwell calls, “the tipping point”: the point of critical mass, the boiling point, […], ideas and products and messages and behaviors spread like viruses do”. It is the same phenomenon which we can see with frozen yoghurt shops which are opening up on every corner: it doesn’t matter how long a particular “thing” has been around, how much advertising has been done or how useful such “thing” is, but at some moment in  time everyone started eating it or doing it or going there. Another thing about it is that no-one knows h ow long it will last. In any case, right now Saripolou square is “in!” and we see it staying as such for a while still..
If we consider this moment in time as the “saturation” point of Saripolou square, Kanella Bar opened its doors right at the top of the boiling point, which in my opinion was 6 or 7 months ago. Apart from the fact that it has comfortable, colourful stools compared to the wooden, rustic ones that other places in the neighbourhood have and that the whole concept of the decor is a bit more bright and lively than the vintage and rustic style in most other places in the sqaure, I find Kanella to be one of the same. What I am getting at is that it is a bar/restaurant with commercial, international dishes at relatively good prices serving regular budget wine and cocktails. I even had bet with my friend that I could guess half the menu beforehand: Ceasar salad, burger, pork chop, chicken kebab, grilled salmon and grilled chicken…and guess what? I was spot on! I missed the two pizzas, which was actually a good addition and the sandwiches, the finger food and platters to share, which I should have (or at least could have) guessed.
The relatively large, plain Village Salad that my proud Cypriot friend and I decided to share was not bad. The fact that the oil and vinegar came separately was a good thing as, let’s face it, restaurants do not know what a good “salad dressing” tastes like. This is also one of the reasons I hesitate to order “creative” salads with pomegranate or honey dressing as I find the whole taste overwhelming (and I will not even get started with the salad and fruit combo which I can’t stand anymore). The simple grilled pork chop, which we chose out of two options: the regular one and the Mongolian one (which looked  a bit too heavy as it was marinated in soy sauce, ginger, Jack Daniels, honey and rice vinegar) was massiv e and was served with fries and vegetables. The truth is that a lot of restaurants think that if the pork chop is really big it looks impressive hence more satisfying which I find wrong. It did look impressive but it wasn’t at my preferred level of tenderness and flavour.
Even though my proud Cypriot friend thought the food was below average I thought it was average. In hindsight we could have tried dishes which were a bit more complicated to get a better idea of what the chef can do (like buffalo wings, the Mongolian pork chop and perhaps the warm goats cheese salad) but I didn’t want to risk my dinner. Thinking back, my overall opinion was that, if I had to choose between a few of the restaurant peers in the square I would have gone back to Kanella and have a pizza or a sandwich. The few safe choices that it offers, could turn out to be a good thing for a change, especially at a price of less than 10€.