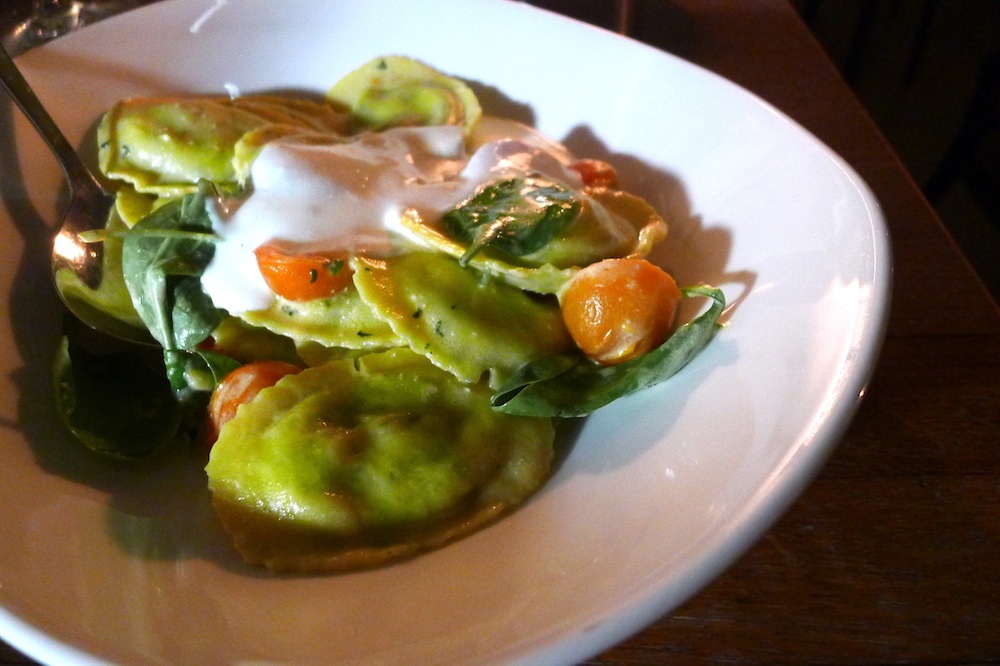 Athenas Ave 6, 22730025, LEFKOSIA (NICOSIA)
Mon-Sun 19:00-24:00
Food: [rating:4] 4/5
Service: [rating:4] 4/5
Ambiance: [rating:4.5] 4.5/5
Since its opening back in 2011 it is obvious that Bastione hasn’t dropped the ball yet, meaning that it has managed to keep its popularity and its crowd despite recent market changes. While writing this review I was trying to define what makes Bastione different. Is it the fact that right when the old city started to get overloaded, the re it is, away from the crowd yet in a picturesque location? Perhaps that it is one of the few places that has managed to establish itself as both, a bar and a restaurant? Or perhaps the menu that offers innovation in a more elegant way? I think all of the above can be summarized in what can be called: attention to quality and detail…
It is considered by a lot to be one of the prettiest places in the capital. It is, not only placed in a unique location, right on the edge of the old city on an old aquaduct, but it is built and decorated accordingly. Finding out that the owner is an architect did not come as a surprise. The decoration at Bastione doesn’t follow the “rustic” trend that is popular lately, but has a more modern-elegant ambiance without it being too formal or uptight. A lot might say that what makes all the difference is the beautiful outside space cleverly split into a bar and a restaurant area. I say the inside space is equally pretty and a great choice for a drink any day of the week, while the cosy restaurant space makes Bastione one of the best options in the capital for dinner in style.
One of the reasons I wanted to write a “revisited” post is because, the menu changes regularly with new international and local recipes with a twist. I see the fact that the menu is only on a single page as a very positive element as I find long menus to have less character and less thought put into them. Despite that choosing a salad from the starters li st wasn’t an easy task as I couldn’t help but be attracted to the crispy spring rolls with manouri cheese and yoghurt mousse and the Black Angus carpaccio with yoghurt, wasabi mousse and truffle oil. Although slightly more predictable I particularly liked the Greek salad with a feta pesto which had a fresh lemony taste with a strong kick from the feta cheese. The Scottish smoked salmon with avocado and tomatoes was surprisingly tasty and refreshing. The combination of the salty taste of salmon with the light taste of chilli and coriander worked very well. The crispy fried baby calamari with lime was delicious (and quite popular from what I hear).
The main course list which included more than one type of pasta, meat and fish was quite diversified. The home-made spinach ravioli with feta sauce is not a dish I would generally order but not only did it come in a generous portion, but was also a lot lighter than I expected it to be which in my opinion made the dish very enjoyable. The risotto with tomato, olives and green beans, was surprisingly flavoursome with a balanced taste of savoury olives and parmesan cheese and a lightly sweet taste of the beans. The proud Cypriot mother said the lamb tenderloin with yuga potatoes (aka “poulles”), a traditional dish, was excellent (ask for it to be cooked medium so that it doesn’t become too chewy), while the pork fillets stuffed with feta and wrapped in prosciuto were equally good. Something I didn’t expect was that their most popular dish is apparently the fish of the day, even though priced at 29€. The second most popular dish was the Black Angus steak and home-made burger, something we Cypriots seem to love.
Thankfully despite our initial protests of being full, we accepted the restaurant’s offer for desert. We tried their best seller, a salted caramel and chocolate pot served with cashew nuts. The truth is it was so good, we ended up feeling embarrassed that we had initially refused it as we ended up cleaning out the entire dessert pot! Perhaps it was the Valrhona chocolate that they use or it may have been the combination of the lightly salted taste, in any event the combination of caramel and melted chocolate reminded of a more refined nutella pot.
A dinner at Bastione doesn’t come cheap, but after a few visits I realized that, the portions are not small (in fact definitely larger than last year’s menu), especially in respect of the starters, making it possible to share both the starters and the main, and making it easier to leave satisfied with 40-45€ each (including wine). As I always say, looking at the absolute price is unfair and one should compare value for money looking at price-food type-food quality and ambiance. In any case, looking at its popularity especially during weekends I don’t find it necessary to defend it as cleary its whole concept has been captured well by the Cypriot audience.

Click here for the menu of Bastione weekend brunch and lunch