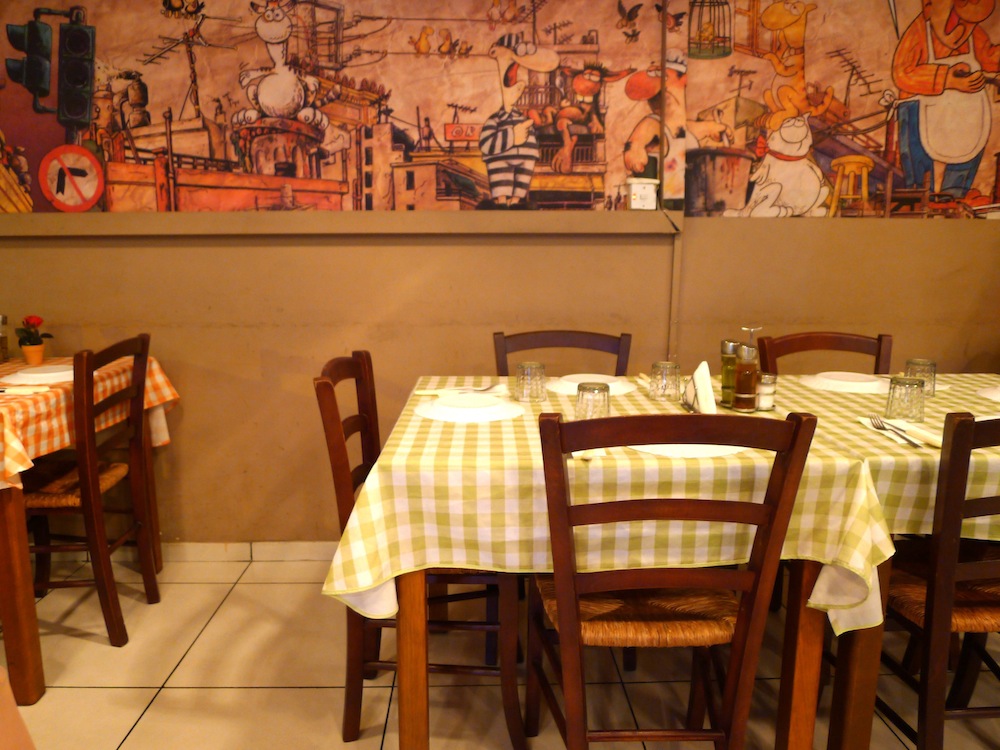 Calling it a “hidden gem” is appropriate I think. It may not be so hidden for some people as it has been around for almost a year now, but it was for me. Perhaps it’s because it is not as central and that the only promotion it did was through word of mouth (that obviously worked out well). Whatever the case, the outcome of our visit to this Cypriot/Armenian little place was positive.
One might say that as it is in Agios Dometios regular visits would not be as easy. I don’t mind at all, firstly because let’s face it, we live in Nicosia and not Paris. Everything is more or less 10-15 minutes away. Secondly there are days when I actually want to go somewhere less central, (especially weekdays), park outside and have a quiet meal.
The restaurant was almost full on the Tuesday night we visited, which was not what I had expected. Even before our meal arrived I had positive expectations from this restaurant. The menu is quite short but to the point. We tried to follow the recommendations of Nissian and go with the flow. All I knew was that we had to order the “halloumopitta”, something that I heard was a hit.
Our traditional salad was quite good but one of the same. The Armenian tabouleh however, was definitely worthwhile as apart from a strong lemony and refreshing taste one could feel the mild spices that gave it a full flavour. The Armenian traditional “lahmatzoun” was also tasty in a lighter-than-usual way with a very thin crust and spiced minced meat on top. The highlight was, as expected, the “halloumopitta”, served hot with melting halloumi on the inside surrounded by a super soft bread crust. Even my proud Cypriot friend agreed that it was a hit. I thought the kebab were at the same standard with the “halloumopitta”. All the types of kebab that we tried were tender and flavoursome (even the plain Cypriot pork kebab). I particularly liked the Armenian kebab (aka souvlouthkia) and although it was marinated and grilled with spices it was neither heavy, nor spicy. The shish kebab was also lighter than usual yet with a strong and tasty flavour.
Ambiance-wise it is quite simple and cosy. I liked the fact that it is small and not large and cold. The cartoons on the wall with the checked table clothes gave it a more “happy vibe”. It also has a small outside space for the summer, which I was told will be surrounded by plants and pots to take the mind away from the street noise.
In a nutshell, you should visit it for the food, the not-so-heavy-yet-tasty kebab, the fantastic “halloumopitta” and the friendly, hospitable vibe. Last but not least, you can enjoy each dish at the price of 6 euros or less!