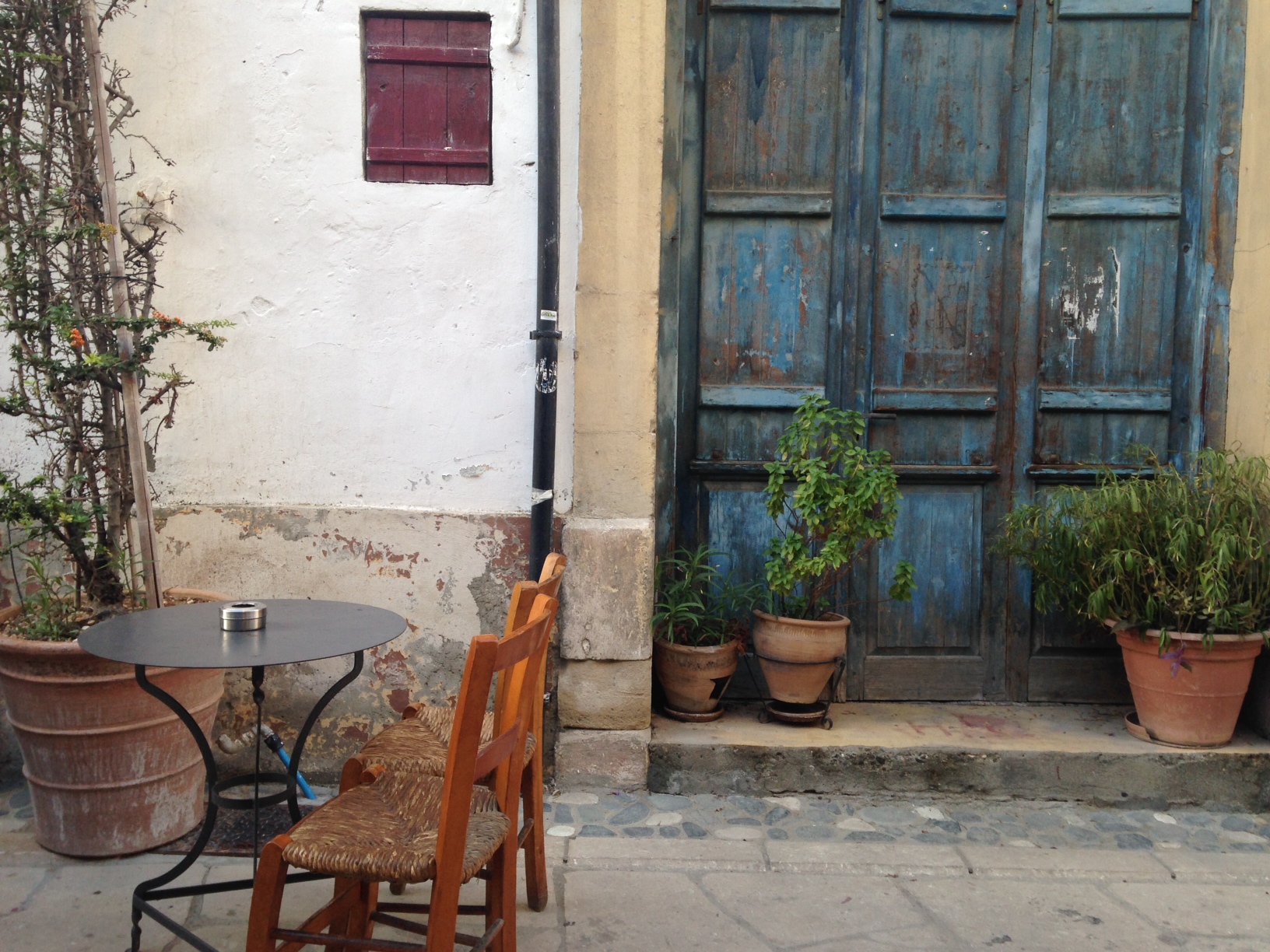 Genethliou Mitella 34, LEMESOS (LIMASSOL)
Mon-Sun 10:00-23:00
Why oh why do I never go to this fantastic, picturesque, traditional and beautiful little alley? I call it “the street behind Theatro Ena”, others call it “by the Perama” but the real name of the street is Genethliou Mitella. Right on this fantastic little alley there is a café, soon to become my new coffee joint, called “Sto Dromo” (on the street).
Although it is only seconds away from the beachfront and Agiou Andreou (one of the most popular streets in the old city of Limassol) it feels like you are in the middle of a traditional village. The café (or “kafenes”) fits perfectly with the old city décor while at the same time it also has some intersting funky decorative elements. I particularly liked the fact that there were only a handful of tables outside, keeping it quiet and cosy.
Apart from local and international coffees at prices between 1.50-3€ one can also have smoothies and fresh juices at 2€, traditional “soumada” (almond drink), milk with rose water, local tea and local wine. To eat apart from the traditional candied fruit in syrup, the sweets of the day never fail to disappoint. I heard the carrot cake is to die for. Finally, if you are up for something more savoury you can find traditional savoury pies like cheese pie, meat pie and spinach pie.
In a nutshell, “Sto Dromo” is an all-rounded, traditional coffee shop that offers everything that it should. It does not pretend to be something it’s not, in fact I found that rather the contrary is the case. I also heard that they used to have special movie and music evenings but that the CTO complained that they don’t have that type of licence and they should stick to coffee – in that way contributing to the contraction of our cultural horizons.

all posts by date  recipes
1106
0
Although I love making new recipes and I am obsessed with cook books, I always find myself often going back to those recipes who are easy to make and delicious like pasta Bolognese, home-made...
Read more

all posts by date  recipes
1310
0
I don’t know about you but for me there are some dishes which are staple meals for my family like Cypriot style fish in the oven, veggie or beef fajitas and of course, spaghetti...
Read more

foodie news & other announcements
1719
0
Probably the best thing I have done this month is have aperitivo by the sea at Ventuno Aperitivo, and I mean a PROPER Italian-style aperitivo: pay for drinks and get a buffet of delicious...
Read more

foodie news & other announcements
1064
0
NOA, the beach front seafood restaurant has hosted a lovely evening of Fish vs Meat tasting menu paired with alcohol (cocktails, beer and wine) which was indeed delicious with dishes from raw tuna carpaccio...
Read more