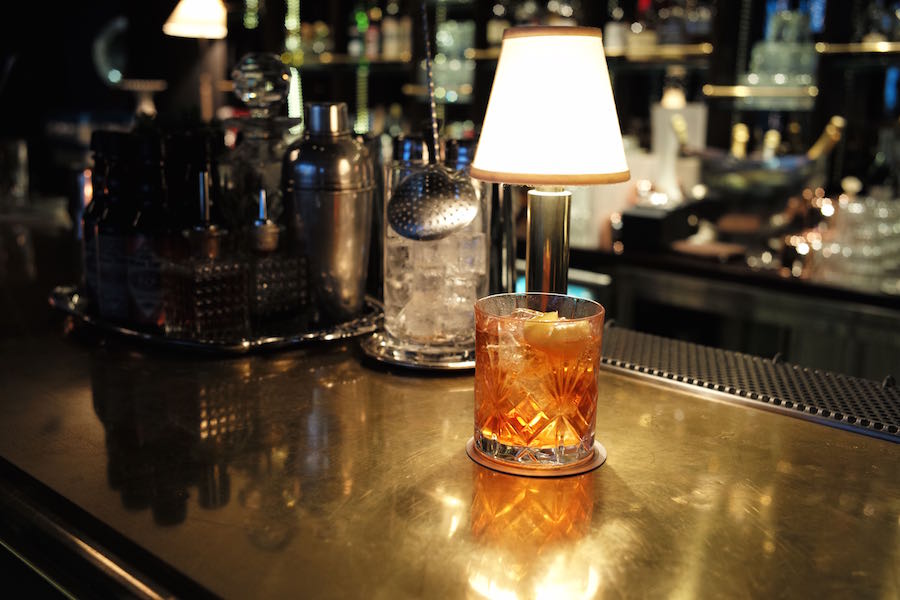 Arch. Makarios 226, 25354101, LEMESOS (LIMASSOL)
Mon-Sun 18:00-2:00
Food: [rating:3.5] 3.5/5
Service: [rating:3.5] 3.5/5
Ambiance: [rating:4.5] 4.5/5
PLEASE NOT THAT THE MENU HAS RECENTLY CHANGED
Finally! I did it. It took me two months to review it properly, but it’s done. I see it as a good thing (for them), because two months after the opening the food had significantly and dramatically improved and has actually reached a level that suits the ambiance, the vibe and the status of Frankie’s Social.
It was a much anticipated opening say mainly because we could see it coming together as it is situated in the centre of Makarios avenue. Also a lot of rumours were going around about Frankie’s, something that certainly set the bar rather high. So the fact that it was overall better than expected meant a lot. Our first visit was a couple of weeks after the doors opened, (that’s two months ago). Reserving a week in advance was not something we are used to doing but for Frankie’s we had to do it, and it was obvious why. It was packed!

The décor is something between a Parisian bistro and a New York bar/restaurant. The décor consists of dark green, velvet chairs and stools over dark wooden tables. My favourite part is the overall buzz. I think that this type of place was missing from the Limassol scene. A place for the age group of 30’s and above, with fantastic, funky music that perfectly suits the décor, a lively bar where people enjoy their drinks without overtaking the restaurant area, an overall loud atmosphere but not so loud that would stop you from having a conversation. I preferred the high tables across the bar rather than the restaurant area on the right, although I completely see the point of both. In a nutshell, Frankie’s scores really high in ambiance. The food is I must say, a touchy subject for Frankie’s. Reason being is that it took some time for it to reach the level that it is now. Anyhow, the point is that it has reached it! The one thing that has always been excellent is the steak selection. The meat they serve is clearly good and admittedly has been of a high standard from the very beginning. They serve a tomahawk, a tagliata with chimichurri, a bone-in-rib, you name it! Other must-try dishes are the Frankie’s plataeu and the raw fish plateau. Although for pregnancy reasons I had to watch Mr Proud Cypriot devour both platters, he said he was actually happy he didn’t share it.

The beef carpaccio was also very nice, very thinly cut and a good, light starter. We also shared the vitello tonnato, a very tasty dish with more variety of flavours coming from combination of capers, tomatoes and veal.

The burrata with artichokes (a creamy mozzarella), was very good especially if you are a fan of burrata. The highlight for me (apart from the steak), was the prawn pasta that was just as a like it: al dente and not dipped in sauce. I was later told that the prawns were actually added to the pasta raw after the pasta was cooked, something that I plan to try at home as well! Mr Proud Cypriot said the highlight for him apart from the prawn pasta was the Mediterranean octopus with capers, potatoes, olives and tomatoes. I, on the other hand, realised that I am not a fan of octopus unless it’s grilled and served with olive oil and lemon. Finally, the tiramisu was a very happy ending to our meal. I much preferred it to the Eton Mess that I tried a couple of months ago. I would say that the reason Frankie’s Social is special is that ticks a lot of boxes and scores high in a lot of areas: it’s elegant and classy, yet buzzing and lively, with a fantastic bar and as of recently, good food. The prices might be a bit on the high side but after a few recent experiences I decided that I prefer to pay 1.5 or 2 times more and enjoy my evening 10 times more (a fairly high multiplier effect!). For those who would love to hate it, I ‘m afraid it won’t be that easy.