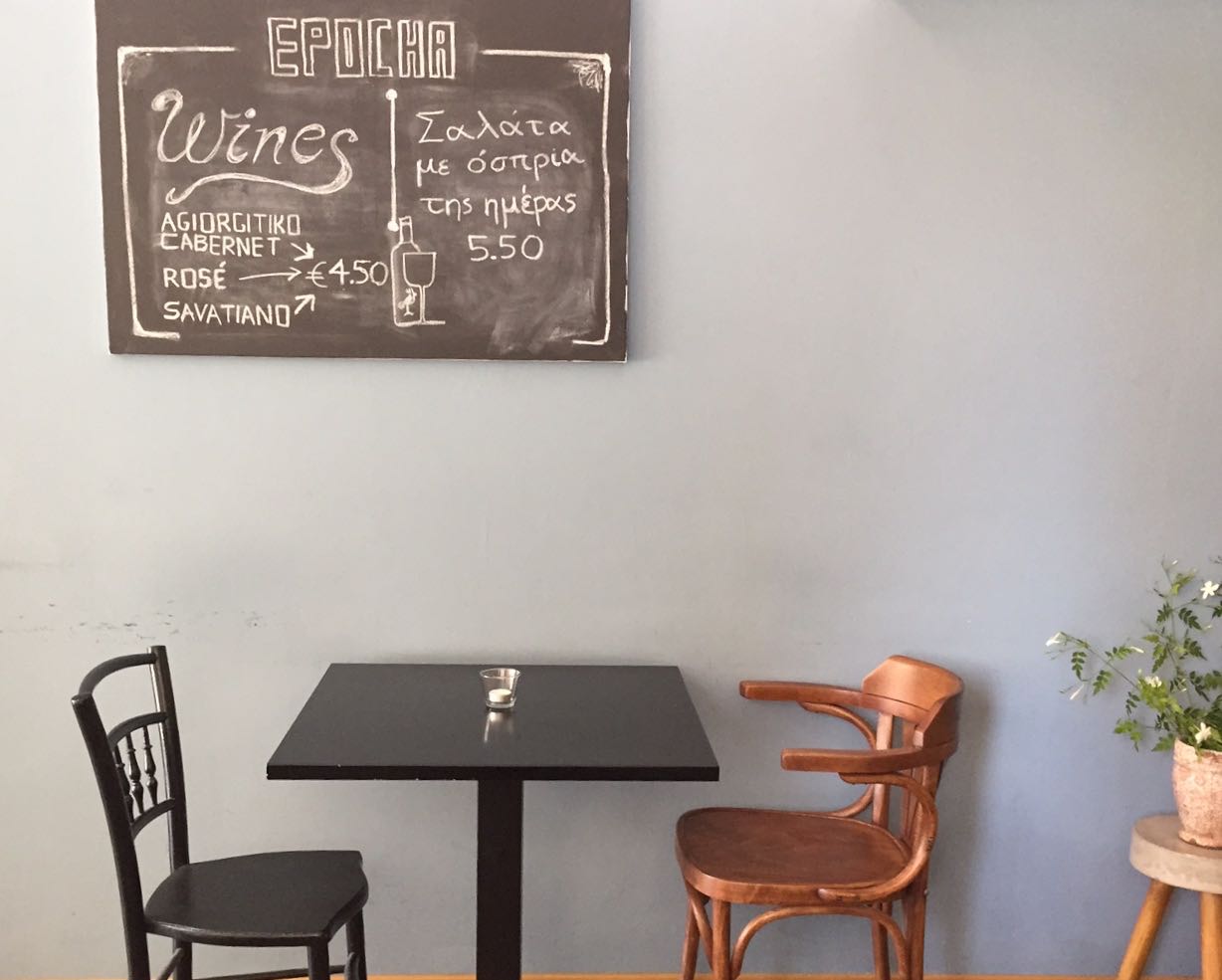 Themistokli Dervi 39, 22765335, LEFKOSIA (NICOSIA)
Mon-Fri 7:00-16:00, Sat & Sun Closed
For some time now, when passing by this small place on Themistokli Dervi, a very busy avenue, I have been wondering what it is about. In all fairness I thought it was a brunch place as it had a sign that it offered brunch at some point. It turns out it is something even more useful, a sandwich and salad place.
Upon entering  Epocha, it is obvious that some effort has been put in its creation. Although it’s very small with merely a handful of tables, it is very pretty, cute and stylish. I think that being a family run joint gives it its niche, which I believe is high quality. Everything they use is fresh, and cooked on the day to make sure that flavour and quality is retained. What I liked most about it is the wide range of salads and sandwiches. When I find myself unable to pick something to eat (because I want to eat everything, and not the opposite!), I always see it as a good sign. Although we opted for a sandwich selection, what attracted my attention in the salad menu for next time was the Guacamole salad with herbed chicken, avocado and boiled egg and the beef steak salad with chimichurri. From the sandwiches, the “Traditional” that we tried in a “triara” (white sesame bread) with everything that you can imagine was my favourite. It included sausage from a Cypriot village, roast prepared by the chef, bacon, cheese and village halloumi. The only thing that it needed in my opinion was a touch of pickles or mayonnaise.
The “El Cubano” that we tried, one of the best sellers, was a Panini bread sandwich with roast, cheese, ham, mustard and gherkin. You could taste the quality of the ingredients although I think it would have tasted better if we had it as it just as it came out of the toaster rather than as take-away. Finally the Cheeky Chicky with chicken cooked “sous vide” was probably my least favourite as I thought it was too plain served with tomato and cheese and needed something extra. However, the proud Cypriot mum preferred it. I would also like to try their burger, something they take pride in, their salads and a wrap, and this time have it at Epocha rather than at home since I think it makes a difference. Although we (nowadays) have quite a few modern sandwich places I didn’t think it was one of the same, and I did see how they offer something more “home-made”. What you need to know is that they offer delivery and they are closed in the evenings.

all posts by date  recipes
1112
0
Although I love making new recipes and I am obsessed with cook books, I always find myself often going back to those recipes who are easy to make and delicious like pasta Bolognese, home-made...
Read more

foodie news & other announcements
1734
0
Probably the best thing I have done this month is have aperitivo by the sea at Ventuno Aperitivo, and I mean a PROPER Italian-style aperitivo: pay for drinks and get a buffet of delicious...
Read more