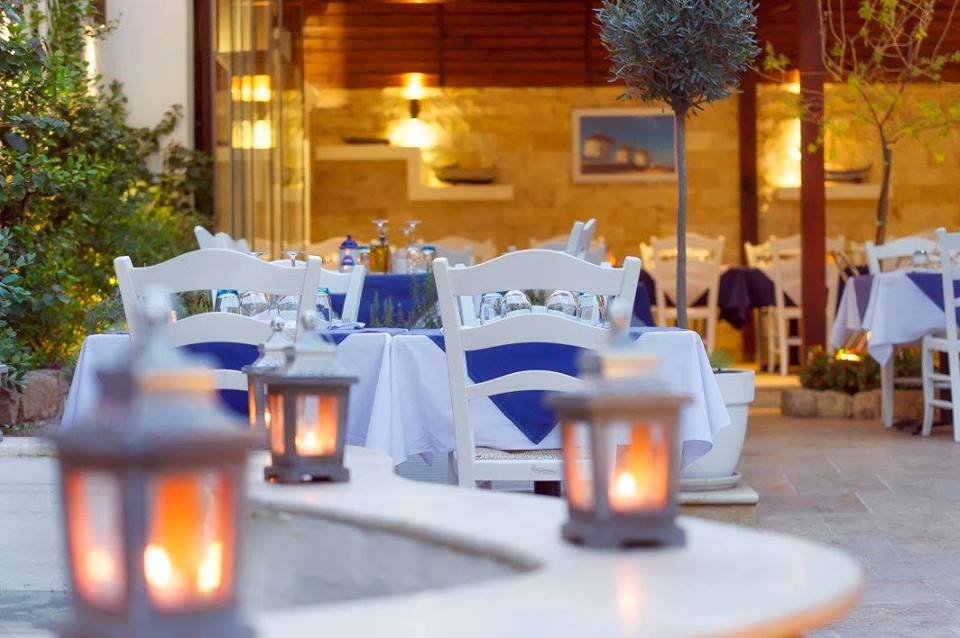 Did you ever notice any venues that keep changing their name in an attempt to do well, but no matter what they do they always close down? I always thought that those places are “cursed” (in its mild sense). Meaning that, if it doesn’t do well once don’t bother trying to change its name or its décor. I turns out, I was wrong. There’s no such thing as “cursed place”, there is however bad management, bad products, bad food…you name it. “Avli tou Vasilea” is real evidence of exactly that.
I don’t know what was the problem with the previous restaurant that was housed in the same location. All I know is it closed down, something that won’t obviously happen any time soon with “Avli tou Vasilea” given how busy it is. I never expected anything less by the “Columbia” group since they are also the owners of the famous Columbia Steak House and La Boca, two very good restaurants both in terms of food and concept. This brand new taverna that makes traditional Greek “mezedes” (which is all I seem to be having lately), is, so far, quite popular. When four of us went on a mid August Thursday night without a reservation I was shocked to see that they only had one table left, despite the large size of the place. I don’t know if it’s the lovely internal yard, the pretty and relaxed atmosphere, the central location on Agiou Andreou street or the cheap food that has attracted the masses.
The menu seemed small since was printed on just two pages but didn’t feel like small when we started ordering. The Greek salad and the aubergine and tomato dip were very good, and a promising start to our meal. We also ordered the fried zucchini balls (“kolokithokeftedes”) which were quite large in size, crispy and well presented. The “kefalotyri” (hard Greek cheese), with a fig and honey sauce was full of flavour with a great combination of savoury and sweet. I liked the fact that it was served melting hot. The beef and lamb kebab were well seasoned with a mildly spicy flavour, much more interesting than the pork kebab we usually have (don’t worry, I am still Cypriot and Proud!). Finally the traditional “kotsi” was an ideal main course to share following the hot appetizers since it was right in size. Taste-wise very tender as it should be.
It’s worth pointing out that the service was very friendly and polite. I also liked the fact that it was child friendly (although if you had asked me before I had my two kids I would have seen it as a negative!).
It’s not the opening of the year but if you are looking for new places to go and have value-for-money food without too much fuss it is a good option.