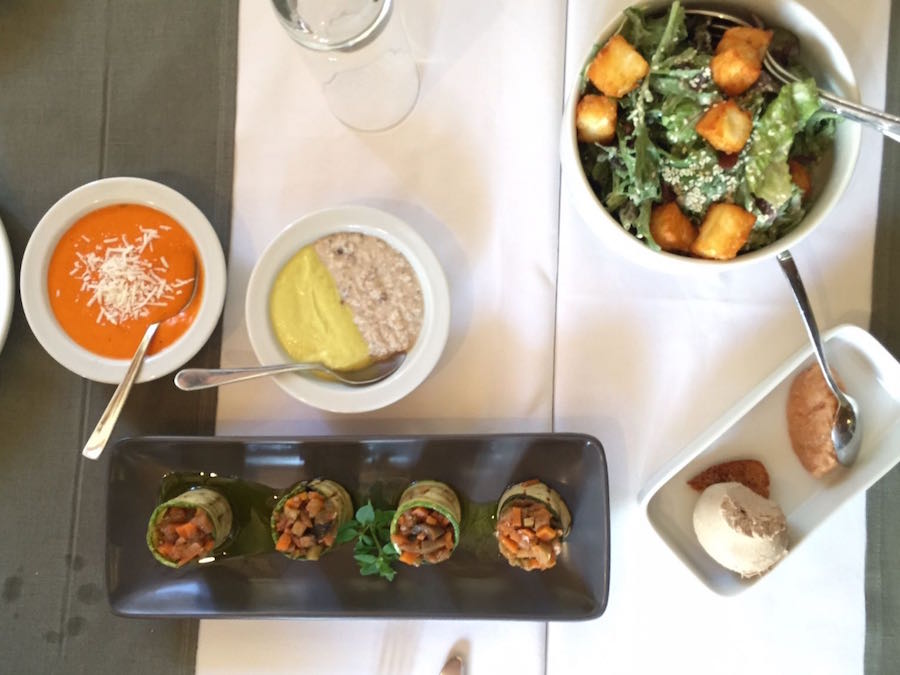 Theodorou Mavrosavva 15, Lympia, 22524333, LEFKOSIA (NICOSIA)
Mon-Sun lunch & dinner
Food: [rating:3.5] 3.5/5
Service: [rating:4] 4/5
Ambiance: [rating:3] 3/5
I have to admit, the name alone (which means “teasers” or “teased with”), makes you want to visit this place. I remembered it from the first time someone told me to go and review it, that was probably a couple of months ago. The truth is when it’s too hot I don’t feel like going to the countryside. Yes, I know, the village Lympia is not really “the countryside” but neither in the city, nor by the beach. My verdict for “Piragmena” is definitely positive, although I am not sure where to list it in my mind.
Being at Lympia makes it easily accessible since it is in between Nicosia, Limassol and Larnaca. Although it is not very high above sea level it is in the village and the traditional décor with the old stone walls makes one feel they left the city. I liked that it is in an old house separated in rooms, and I also liked the internal courtyard. It was actually too hot to sit outside but I would think it would be easier from the end of October. The actual decoration is simple but the old house itself is beautiful so it doesn’t really need anything more to look nice.
The food is as I imagined, innovative and different. I did expect it to have a more “Cypriot” touch, but local ingredients were used to make food with local influences. The menu was fixed and changes often. There were a few a-la-carte dishes for the picky ones, all of which were already included in the “meze” selection.
The ciabatta bread was freshly baked and a promising start to our meal, as were the dips. The red pepper dip with Greek cheese and the mashed “louvi” (black eyed peas), dip were a very good idea and simple in terms of flavour, a great accompaniment to the bread. The salad with lettuce, fried halloumi cubes and a sesame dressing was also a nice change to the standard salad. The chicken liver pate with a sweet chutney that followed was my favourite starter, and a very good attempt for home-made chicken liver pate. That was the moment in fact, that Mr Proud Cypriot relaxed and was actually happy to have visited a new restaurant. The ratatouille wrapped in zucchini was also a very nice starter, not to make us full and prepare us for the main course. The baked “pourgouri” with cream was tasty with a neutral creamy flavour, not as rich as I expected, while the rabbit dish with fried rabbit balls and rabbit roll was impressive, especially in terms of preparation and presentation. I preferred the fried balls to the roll as it they were hot, crispy and flavoursome. My favourite dish was the marinated chicken with a light, fruity sauce was not as sweet as I expected, especially since I am not a fan of main dishes with sweet and fruity sauces. Finally, I wasn’t going to have dessert but the creamy peach crumble served in a glass was very light and easy to eat, so needless to say I devoured it. To cut the long story short, I liked it because it was different, everything was carefully cooked and presented with very good ideas. I would have preferred for the food to have less “sweetness” in the flavours. Furthermore the service was very friendly. However (here it comes), I don’t think it’s a place that one could visit often as the food is not so “easy-going”. I also think that we should stick to what we do best, and master it and develop it (especially since there is a lot of room for “mastering”!).
In any case, if you like to try new things, go at least once to try it out.