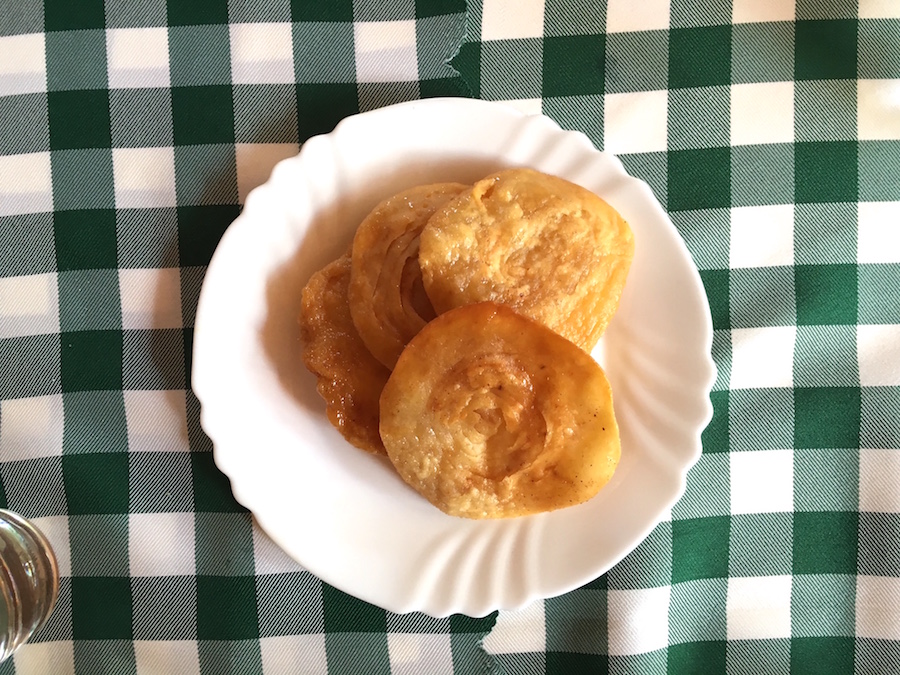 Troodos Camping area (turn across Airforce base), 99349782, Troodos Mountains
Mon-Sun lunch (call beforehand)
Being Cypriot there are some things that go without saying. Firstly you don’t go to the beach unless it’s June, despite that it may be 35C in May. Secondly the peak of the beach season is 15th of August, you don’t go to the beach after that, holidays are over. It was only this year that we decided to actually skip the beach on the 15th of August and take a trip to the mountains. Although it took almost two hours to get there with the unexpected traffic, this hidden gem was worth it.
I don’t know when, how and by whom the tavern without a name was discovered but I would have never found it myself. Being off the main Troodos street without a sign, right in the middle of nowhere it is not easy to spot, unless you are camping nearby or you are part of the air force across the street.
It is really a small house with a tiny veranda that looks like a grandma’s house. What’s more is that the person who actually cooks is a…grandma, making the traditional vibe even stronger. Don’t expect anything luxurious, but rather a simple, relaxed and beautiful setting right in the middle of the Troodos forest. If you go on a weekend you are likely to find a good selection of traditional dishes prepared by “kiria Eleni”. If you go on a weekday she will cook for you whatever is available on that day. We went on a busy day so we had a few options.
Firstly came the freshly prepared village salad with abundance of olive oil! Then came the village yogurt made with sheep’s milk, the stuffed zucchini flowers (“anthi”) that are her best seller if you go during the summer season and the stuffed vine leaves (aka “koupepia”). The deliciously crispy lamb “souvla” followed, together with a quite good chicken “souvla”. The cherry on the cake were the oven baked macaroni (“pasticcio”), home-made by “kiria Eleni” of course.
The finale were the crispy fried honey pitas, a great end to a traditional meal. We weren’t expecting anything but fruit, so it was a rather pleasant surprise. I can’t isolate a single element that makes this hidden gem beautiful, but it’s rather the combination of things that make it special: its obscure location being in the middle of nowhere, the beautiful setting as it is surrounded by pine trees, and the home-made food that changes every day.
The price of 67€ for four people with 3 beers was extremely fair.