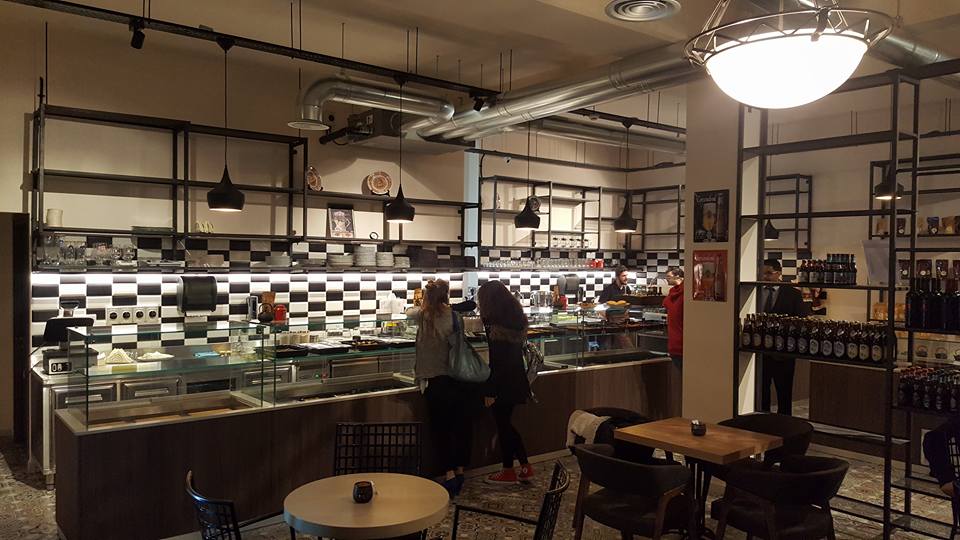 by Anna Koumoushi
48A&B Stavrou Avenue, 22320303, Strovolos, NICOSIA, Mon – Thu & Sun 8am – 12am, Fri – Sat 8am – 1am
I would say that I generally prefer savoury food to sweets, but when it comes to a good dessert I rarely say no. As if that’s not enough and I always want to try a bit of everything. And believe me I can. I have to have an opinion after all right? Anyway, let’s stick to the subject, which is of course, sweets. More specifically, traditional recipes from the Middle East, syrup based, (the so called “siropiasta”) at this cute confectionery/coffee shop Melirryton: Paradosiako Glykopoleio, in Stavrou Avenue, in Strovolos. Yet, another opening in Strovolos, which I noticed is very up and coming lately with more spots that keep making their appearance in the area. Although the name says “paradosiako” (aka traditional), the place is considerably modern with a nice classic blend as far as the decor and the vibe is concerned. As soon as you enter, there is a big window with all sorts of biscuits and certain sweets and as you move on you reach the main windows with all the “siropiasta”. Big pieces and many kinds to choose from and enjoy there or take away. The staff is very friendly and ready to explain everything, even though there are names for each. They serve brunch from 9am to 12pm and they also have savory goodies on the menu like cheese pies, spinach pies and of course coffees and drinks. I tried the chocolate pie and the tiramisu, the latter being a very unusual one and nothing like the one you have in mind. It was actually a combination of the baklava fyllo with the tiramisu base. I’m not sure what I think of that yet, but the chocolate pie and the lemon pie I really enjoyed. Overall it’s a nice alternative for a satisfying dessert when you have the cravings like me (oh so very often).