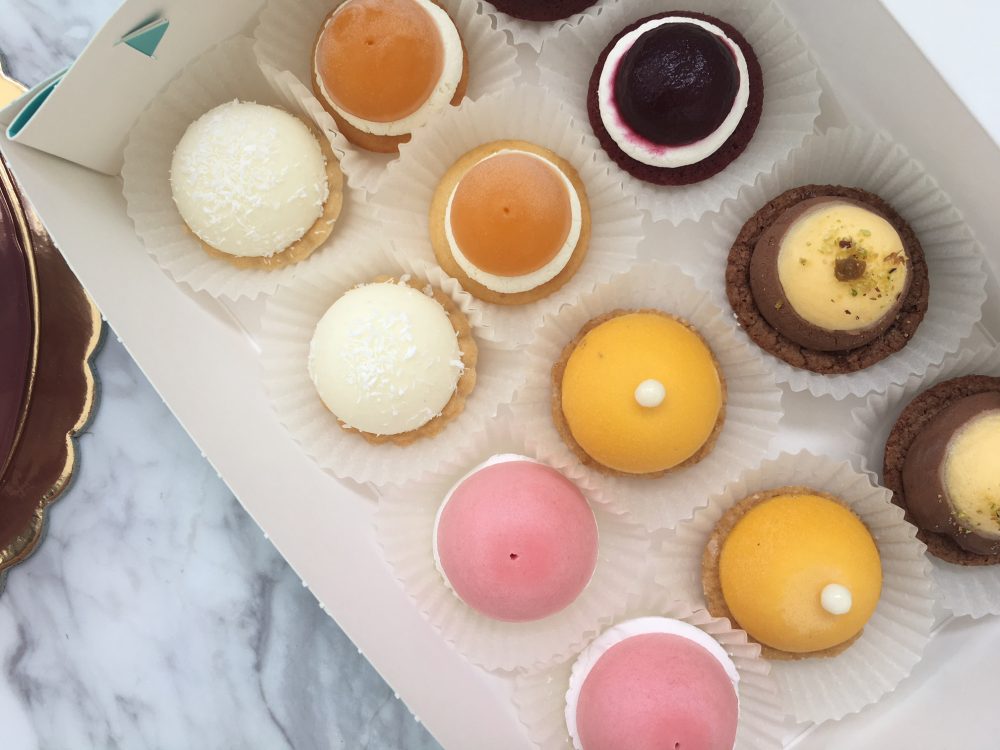 Arch. Makarios III ave, Mesa Gitonia, 97649584, 25722770, LEMESOS (LIMASSOL) 9:00-13:00, 15:00-18:00 (closed on Sundays)
When I say to people that Nicosia is more developed than Limassol in some areas and they refused to believe me I refer to confectioneries. Let’s face it, besides New York Sweets that’s quite mass production (and old school for that matter), there is nothing…NOTHING else. Ok, there’s Galleria that’s a bit better but it doesn’t fill the gap. Until Yiamy came along.
I was passing by for weeks before going in. It didn’t take much to realise that it was something modern, fresh and worth visiting. My only worry is that there wasn’t a window of sweets so I wasn’t sure if it was a confectionery or an order-only kind of place. I later found out that it is something in between. Upon entering I immediately felt the breath of fresh air as it’s clean and bright, with a calming colour of light blue. I was even more intrigued when Alina, the mother of Yiamy said that not only is the creative director behind it, but she is also a Alain Ducasse trained confectioner. Enough said!
It’s important to emphasize that she makes everything herself from scratch using natural and mostly seasonal ingredients. I couldn’t believe when I saw the flowers on the wedding cakes. They looked so fragile and real, truly beyond beautiful. She also makes home made jam using seasonal fruit (the bergamot I tried was delicious), as well as biscuits and mini sweets you can get anytime at the shop. The cherry on the cake were the selection of summer sweet bites. Every single one had a unique flavour, and just when I thought I had found my favourite, the next one would take its title away. You need to try it to believe it. Pass by any time for the summer selection of sweet bites and call in advance for cakes, you won’t regret it. Promise.

Did you go because you saw it on Cypriot and Proud? Don’t forget to let them know!