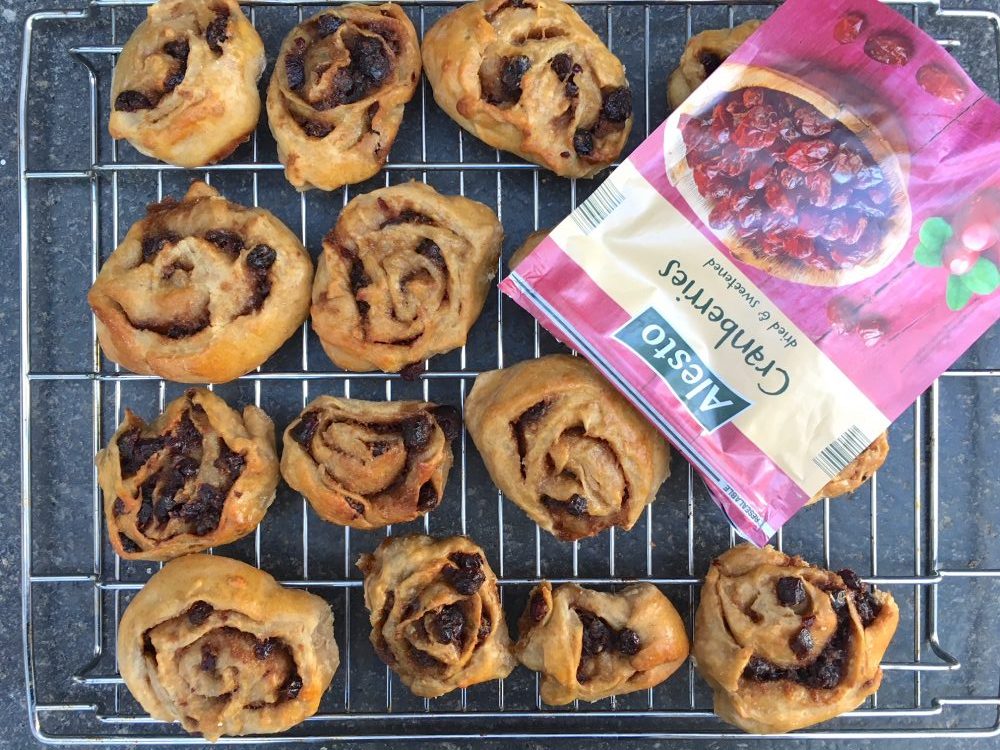 all posts by date  recipes

Cinnamon buns are a dream come true for me. I love cinnamon, I love the texture and generally I could probably live on them. They may not look as pretty but they taste amazing: festive, orange-y and obviously with an amazing cinnamon flavour.

Points to watch out for: make sure you use fast-action yeast, if the tough is too sticky add some flour, add as much filling as you like. I added slightly less cranberries but more would still be yummy. Finally if the orange zest seems too much, its not! It really adds to the flavour so feel free to add-away.
I used dried, sweetened Alesto cranberries from Lidl and they worked fantastically well.