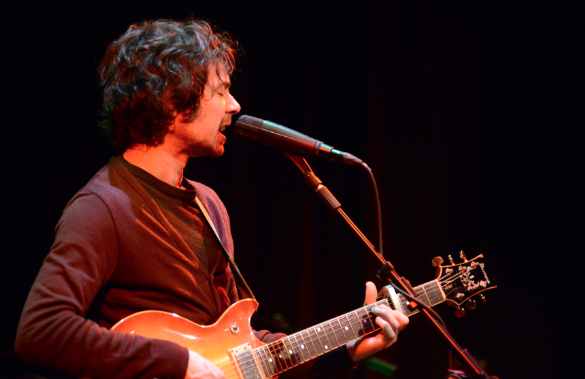 Over the last two years, acclaimed Cypriot musician Lefteris Moumtzis (The Low Spark, Sotires, Trio Tekke) has toured Germany, France, England, and Greece, presenting his first solo album, ‘Now Happiness’. After more than a year, he returns in Paphos, at Technopolis 20, on Friday, 5th of January 2018, at 8pm, for a new appearance. He will perform mostly songs from ‘Now Happiness’, some unreleased songs and songs from his albums as J.Kriste, Master of Disguise accompanying himself with guitar and piano. Lefteris will also perform cover songs that he loves.

It is a live set consisting mostly of soothing ballads that flow effortlessly, leaving the listener with a calming and positive feeling.

Share:
The Havana Experience
New in: Lazy Bones in Nicosia

all posts by date  recipes
1110
0
Although I love making new recipes and I am obsessed with cook books, I always find myself often going back to those recipes who are easy to make and delicious like pasta Bolognese, home-made...
Read more

all posts by date  recipes
1315
0
I don’t know about you but for me there are some dishes which are staple meals for my family like Cypriot style fish in the oven, veggie or beef fajitas and of course, spaghetti...
Read more

foodie news & other announcements
1724
0
Probably the best thing I have done this month is have aperitivo by the sea at Ventuno Aperitivo, and I mean a PROPER Italian-style aperitivo: pay for drinks and get a buffet of delicious...
Read more

foodie news & other announcements
1068
0
NOA, the beach front seafood restaurant has hosted a lovely evening of Fish vs Meat tasting menu paired with alcohol (cocktails, beer and wine) which was indeed delicious with dishes from raw tuna carpaccio...
Read more