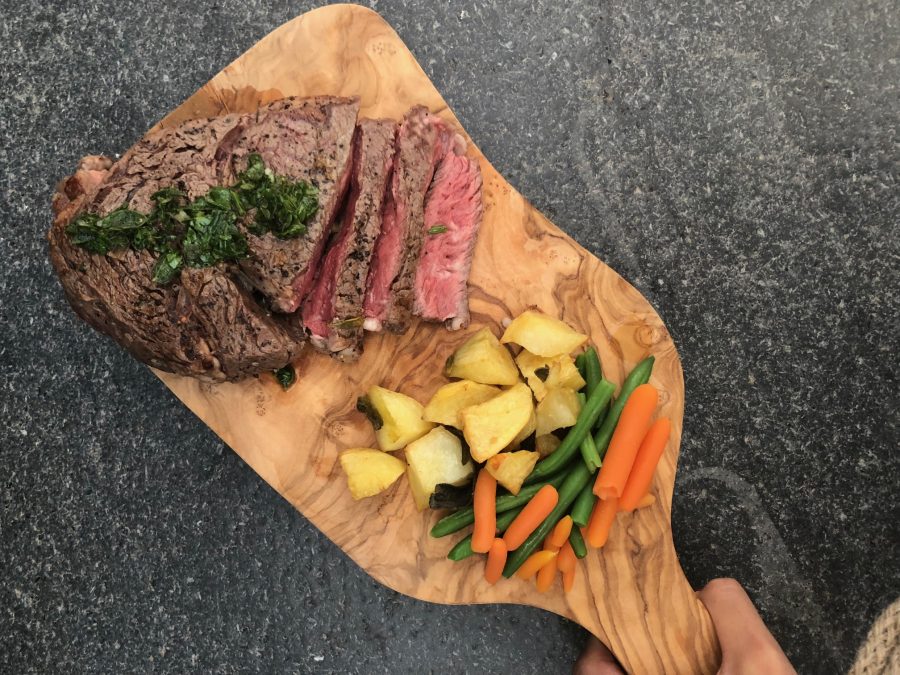 all posts by date  recipes

When I lived in London I missed a lot of things but at the top of the list were undoubtedly the summer barbecues. There’s nothing better than an early evening barbecue with wine, sunset and good company. What’s even better is when this barbecue includes steaks…and not just any steaks! Mr Proud Cypriot is normally the steak guy, but I took over this time. Although I am usually modest (…ahem ahem), this time I was impressed with my meal. Nothing would have been possible without the steaks from Foodsaver Stores (major YUM). Their steaks are famous and there is a reason.

I also used Maldon salt, probably the best one around (FINALLY now available in Limassol at Foodsaver Stores). I also made Argentinian Chimichurri sauce for something different. For variety the steaks I tried were: I served them with:

Boil the water and add the salt to make the “Salmuera”.
Mince the garlic and chop the parsley and oregano very finely. Mix with the greens with vinegar, pepper, garlic and finally add the “Salmuera”.
Put in a jar and refrigerate. It’s best made the day before. You can keep it for up to 2 weeks.

Take them out around 30 minutes before cooking so they can reach room temperature. Add Maldon salt and pepper on both sides. There’s no need to marinate overnight. Don’t be afraid to use salt, unlike other spices it goes through into the meat and adds flavour.
Light up the coal and wait until the fire dies down. Add the steaks and cook for 5-7 minutes on each side to cook them medium depending on the thickness. In my experience you need to try them once and see how well it cooks according to your preferences. Note down the times so you can prepare for next time.