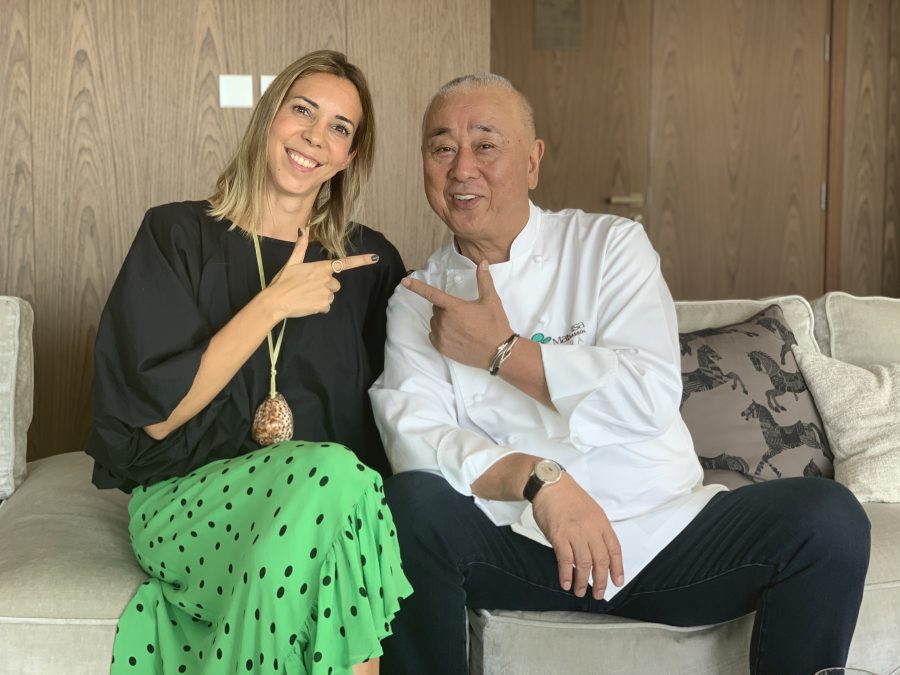 all posts by date

A few days ago one of my many dreams came true. Yes, I met Nobu Matsuhisa. I don’t mean meet him like see him from a distance or ask a question in a press conference, (because I did that too), but I mean a one-to-one meeting at Amara Hotel. I got to ask him whatever I wanted, laugh, chat, talk about food, his dreams and the things he likes. It was only at the time of our chat when I realised that I have been following him for 20 years, right when the first Nobu in Europe opened its doors (in London).

Humble, friendly, pleasant who never stops dreaming and never stops working (because working for him is his everyday life), is how I can best describe him.

We met right on time as he hates delays, being late and people who are late. He answered most of my questions in a few words but didn’t hold back in expanding where he thought it was necessary.

I am beyond thankful to Amara Hotel for this opportunity and of course to Nobu-san for transforming the culinary world into a better place.

all posts by date  recipes
1485
0
I don’t know about you but for me there are some dishes which are staple meals for my family like Cypriot style fish in the oven, veggie or beef fajitas and of course, spaghetti...
Read more